By all appearances, we are dealing with a political-judicial conspiracy that aimed to manufacture guilty parties and annihilate political enemies. 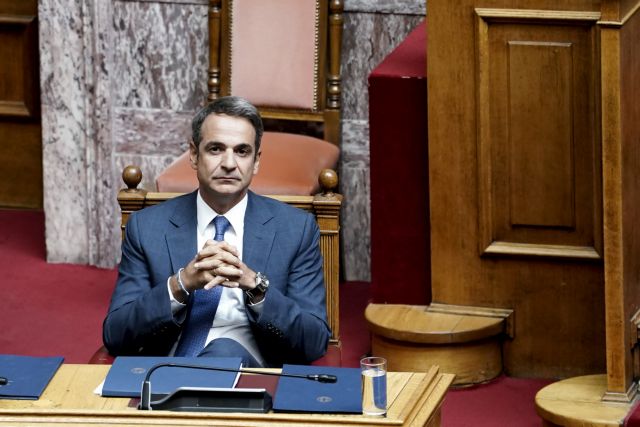 The PM has repeatedly declared that he is not charmed by the idea of parliamentary probes and preliminary-criminal investigations regarding the actions of his political opponents.

He has said that that he prefers to focus on issues pertaining to the future.

Nevertheless, there are dark cases that have harmed key institutions such as the judiciary that continue to cast a shadow despite the PM’s overall strategy.

The Novartis case is characteristic.On 13 July Parliament was sent additional documentation that will be added to evidence received in the spring of 2018.

This pertains to the testimony of politicians who have been accused and who have filed suit against judges involved in the case and government cadres, including ex-PM Alexis Tsipras.

The accused who seek a full revelation, vindication, and restoration of their reputations have charged that there was a conspiracy against them with machinations and manufactured charges designed to annihilate them politically.

The previous government sensing the impasse in its political aims took care to shelf the accusations but those who were under suspicion insisted that the case be reviewed and that it be sent back to Parliament by the judiciary and by all appearances an investigative committee will be formed.

That means there would be a full probe of the case with a lifting of the protection of protected witnesses who will have to confront those whom they have accused. They will have to prove their allegations or reveal those who put them up to this.

Parliament will also be able to probe if there was a political coordination in this affair – to examine whether political divs dictated how judicial functionaries should act.

From the combination of the above syllogisms, actions, and possible revelations one can discern the value of a further investigation of the affair.

By all appearances, we are dealing with a political-judicial conspiracy that aimed to manufacture guilty parties and annihilate political enemies.

If this is proven and it is demonstrated that over the last years such a conspiracy was set up, there will be a great benefit for the judiciary – which has been battered by accusations of bias and manipulation– and all of society.

Moreover, there are well-founded suspicions that in a number of other cases politico-judicial networks operated deceitfully to serve ulterior motives.

In this sense, the PM’s intention to calm passions, establish a fundamental consensus, and protect institutions is of extraordinary significance for democracy and its institutions, especially for the judiciary, the credibility of which has been battered over the last years.