The PM essentially repeated his remark to the BBC that his government is pursuing an ‘aggressive growth plan’. 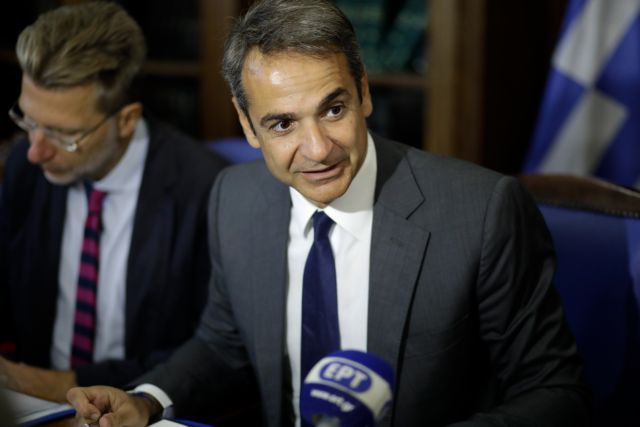 Prime Minister Kyriakos Mitsotakis sought the establishment of a new social contract between entrepreneurs, labour, and the state at a meeting today with Greece’s largest business and labour organisations.

It was a full court house.

«We already have some very good news on many fronts: The huge Elliniko development project, the submission of a new COSCO master plan for a real upgrade of the Port of Piraeus, and developments at the Skaramangas shipyards,» Mitsotakis said.

The PM essentially repeated his remark to the BBC that his government is pursuing an “aggressive growth plan” which he will unveil for public consultation by the end of the week.

«The state will support entrepreneurship with every possible incentive for growth but it also demands that business will fulfil its proper social role,” the PM said.

In particular he stressed that business must strictly abide by labour and environmental law.

«This is the truth pact that I spoke of many times, when I was still opposition leader, and which I now call on you to put into action,» he declared.