Cypriot President Nicos Anastasiades and Turkish Cypriot leader Mustafa Akinci are due to have a rare meeting in Nicosia on Aug. 9 in a bid to jumpstart talks on a Cyprus problem solution. 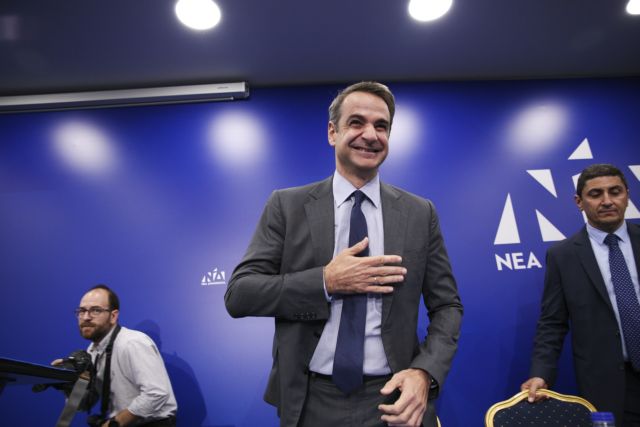 Greece accused Turkey of undermining security in the eastern Mediterranean by drilling for oil and gas around Cyprus, making some of the strongest comments on the issue from Athens’ newly elected government.

Cyprus has discovered natural gas in areas off the south of the island, but attempts to explore for more are challenged by Turkey, which claims part of the seas around the island as its own

.“The illegal actions of Turkey, which defy international law are placing the security of the region at risk. As such, they are absolutely condemnable,” Greek Foreign Minister Nikos Dendias told reporters after meeting his Egyptian counterpart, Sameh Shoukry.

Turkey and Cyprus do not have diplomatic relations since a decades-old conflict split the island among its ethnic Turkish and Greek Cypriot populations.Athens is the closest ally of Cyprus’s Greek Cypriot-led government, the only internationally recognised state and governmental entity on the island, a policy which transcends Greece’s otherwise polarisded political landscape.

The discovery of oil and gas reserves in the east Mediterranean has put sharper focus on the Cypriot impasse, which has defied the mediation efforts of a small army of diplomats.

Peace talks between the two sides collapsed in disarray exactly two years ago. Cypriot President Nicos Anastasiades and Turkish Cypriot leader Mustafa Akinci are due to have a rare meeting in Nicosia on Aug. 9 in a bid to jumpstart talks on a Cyprus problem solution.

The Greek Cypriot side will not discuss potential hydrocarbons finds in peace negotiations, which are held at a community, and not a state level. It considers hydrocarbons a sovereign competency of the internationally recognised government it leads.

Turkey has sent two drill ships either side of the island to explore for gas. One of the ships is in waters Cyprus and the EU consider part of the island’s exclusive economic zone, or EEZ, and the other in Cypriot territorial waters.

“We discussed this flagrant violation of the sovereignty and the sovereign rights of the Republic of Cyprus perpetrated by Turkey,” Dendias said, hours after returning from a trip to Cyprus.

Egyptian minister Shoukry, who did not mention Turkey by name, said through an interpreter: “We discussed the provocations in the area and how there should be respect to international law, for the provocations to stop.”
Egypt, Greece and Cyprus cooperate in a range of areas, including energy.