Editorial: The great opportunity for the economy

Although the international economic recovery has a way to go, the extension of a cycle of low interest rates creates important opportunities for Greece. 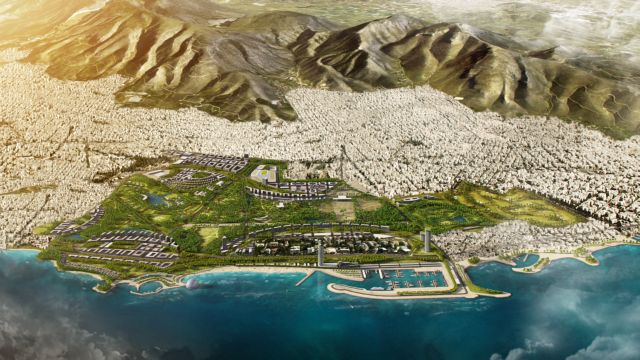 For the first time in many years there are no clouds on the horizon for the Greek economy and its prospects are viewed as especially positive.

The climate on the Athens Stock exchange is positive as the general index soared to 900 points for the first time since SYRIZA took office in January, 2015.

Similarly, the yield on Greek bonds has been steadily declining and now is at a record low.

Obviously investors are taking a New Democracy victory in the 7 July general election as a given.

They look forward to a return to normalcy in the country and to a government which – if one is to believe its pledges –  will be business-friendly and will make measures to stimulate growth and restructure the economy its top priority.

That is in stark contrast to the current government which even at the last minute is trying to hinder investment activity as occurred on 2 July with its decision regarding the huge Elliniko development project.

The positive climate is bolstered by the international confluence of events, including ECB President Mario Draghi’s decision to prolong quantitative easing and the choice of Christine Lagarde, who has similar views, to succeed him.

Although the international economic recovery has a way to go, the extension of a cycle of low interest rates creates important opportunities for Greece – for the bond market and for investment opportunities in a market in which values dropped dramatically during the decade-long crisis.

The opportunity and possibilities exist for a flowering of the economy as long as a series of preconditions are met.

The first is the fundamental precondition that voters give the first party a strong parliamentary majority.

Secondly, a trustworthy and effective government must be formed.

Thirdly, decisions must be taken swiftly to unblock investments that have been entangled in bureaucratic red tape so as to send a strong signal that the errors of the recent past will not be repeated.

The opportunity lies ahead of us.

All opinion polls indicate that society and businessmen are ready to embrace it.

The next government has a duty and obligation not to disappoint them.