The prosecution of intentions and the preemptive suppression of protests are impermissible in a democracy and lead one down dangerous paths. 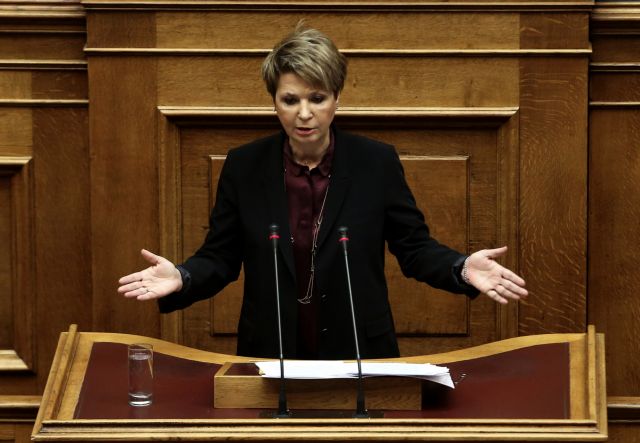 The public admission by Citizen’s Protection Minister Olga Gerovasili that citizens are under surveillance is indicative of the deeply undemocratic menality of certain members of the government.

Either the minister has no cognizance of what she said or she is dangerous in the office that she occupies.

“Using the Prespa Agreement as a pretext various organised groups and certain individuals are inciting citizens to commit violent acts, and I base this on evidence because all this is being disseminated intensely on the internet,” she said.

“Many of these preemptive roundups of people over the last months, mainly in northern Greece, involve specific individuals, and they know why [this is happening]. They know what they are preparing to do. That is part of the job of Greek police,” the minister declared.

Someone should explain to the minister that surveillance and precautionary roundups due to the political activity or protests of citizens are unacceptable.

This constitutes a direct violation of the Constitution and appears to be occurring based on political orders simply because the protests are annoying the government.

However, if violence is not involved the condemnation of a policy or of political cadres is absolutely acceptable in a well-governed democratic state.

Unfortunately, the idea that whoever is not with us is against us is still prevalent among SYRIZA cadres. For them, this means that individuals are suspect and can be rounded up by police as a preemptive measure so that they will not be able to express their views.

Everyone knows that the social media feature a plethora of enraged, irrational, or even extreme views.

It is inconceivable for whoever expresses rage to automatically be treated as a suspect. This is all the more true because the minister is not at all annoyed by the extreme views being peddled by her part of the political spectrum.
When one reaches the point of criminalising political views and only those in the government camp have the right to express disapproval then something is wrong with our democracy.

Whether Ms Gerovasili and those who share her views like it or not, the prosecution of intentions and the preemptive suppression of protests are impermissible in a democracy and lead one down dangerous paths.