The PM explained that people may not understand these accomplishments because the dastardly news media do not report on the government’s great successes. 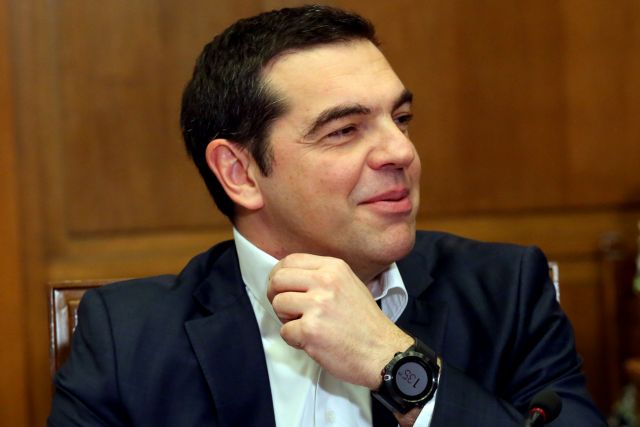 Those who watched the Prime Minister’s televised speech to his cabinet would surely conclude that he lives in another country.

He indicated that we have the most successful government of all time but have not realised that. We were told that he is leading us from success to success in contrast to “overvalued technocrats whose economic projections were wrong and who preoccupy themselves with petty partisan gossip and with the Cassandras of disaster”.

Even as the European Commission announced that the enhanced fiscal surveillance of Greece will continue for another six months, Mr. Tsipras declared that the country is proceeding with a socio-economic reconstruction “outside of the oversight and shackles of the memorandum”.

The PM explained that people may not understand these accomplishments because the dastardly news media do not report on the government’s great successes, but rather focus on the bank loan and (appalling) behaviour of Alternate Health Minister Pavlos Polakis.

Half of the country’s taxpayers have delinquent debt to the state and half of the work force has a salary between 400-600 euros, but for the PM “the country has been transformed from the pariah of Europe into a model of labour rights and of a social state”.

Those who do not see this naturally have been led astray by the front pages of newspapers, regardless of the misery that surrounds them.

Let no one fret. We have been assured that the new, progressive political tent with SYRIZA at its core will cover the entire political spectrum “from Social Democracy to the popular right”.

Then everyone will see the true light and will acknowledge the value of the PM’s ingenious plan. Greece will now be from now on “a permanent font of good news in the international media”, in contrast to the domestic Cassandras.

For the time being, however, contrary to Mr. Tsipras’ projections the international media are reporting on the toxic political environment that is prevailing in the country, for which SYRIZA’s ministers, cadres, and partners are responsible.

The country’s major problems have once again been brushed aside and plans for a national reconstruction are covered by a toxic cloud of division and intolerance.

As much as the PM may dismiss the results of opinion polls, the moment of truth in the general election is fast approaching.