Initially, the government’s proposal was to protect primary residences with a 250,000-euro tax value ceiling. That ceiling has now been lowered to between 120,000 and 140,000 euros. 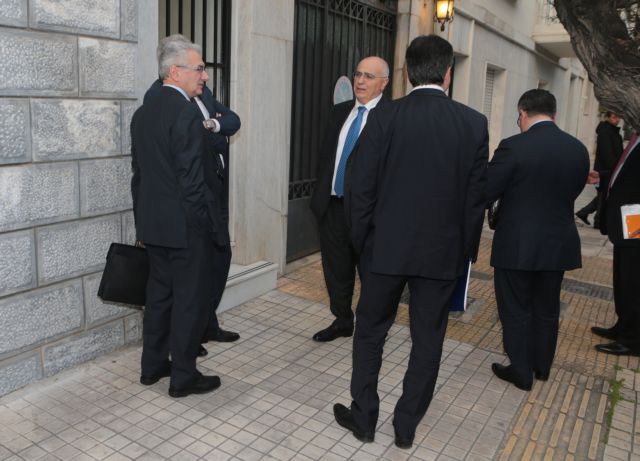 The government appears prepared for a more modest plan to protect the primary residences of debtors from foreclosure after a meeting this evening between the PM’s office and the heads of Greece’s four systemic banks and Hellenic Bank Association chief Nikos Karamouzis.

Initially, the government’s proposal was to protect primary residences with a 250,000-euro tax value ceiling.

Sources say that the protection will cover both home mortgages and liens that have been placed on the primary residence of recipients of business loans.

Under the terms of the revised plan, an estimated 250,000 homeowners and small business owners will qualify for protection.

Bankers and the PM’s staff agreed to meet again to finalise the proposed arrangement in the coming days before submitting the plan to creditors for approval.

The aim of the government’s economic team is to pass the relevant legislation (replacing the existing “Katseli law” which is expiring) in Parliament by 28 February.

Banking sources say that the framework and mutual concessions agreed to at today’s meeting, which will come into effect on 1 March, should serve both the banks’ aim of resolving non-performing loans and the needs of over-indebted households which can no longer service their loans.

How to apply for protection

Applicants for protection under the new law will use a special feature on the existing platform for extra-judicial settlements. The bank will then propose a servicing arrangement of up to 20 years.

The interest rate and the prospective haircut on the debt will depend on the loan-to-value ratio. The overarching aim is to reduce the monthly instalment by at least 30 percent.

State to subsidise some loan instalments

Any haircut will be implemented gradually and on condition that debtors diligently service their loans.
If the debtor rejects the bank’s proposed arrangement, the case will be adjudicated by a local lower court (eirinodikeio).

Moreover, the state will subsidise the instalments for those whose home is worth up to 100,000 euros and whose income is up to 20,000 euros annually.

In those cases, the state will transfer one-third of the monthly instalment to the bank. To this end, the finance ministry has tied up 150mn euros for 2019 and 200mn euros for 2020.