Weber lambasted Tsipras’ economic policy and the Greek PM’s refusal to sign on to EU initiatives regarding the removal of Venezuelan President Nicolas Maduro. 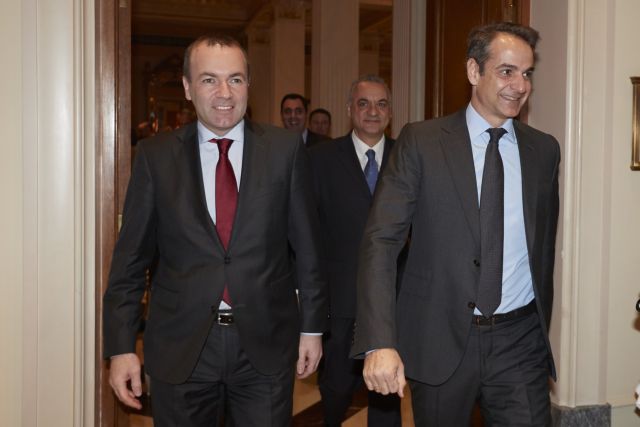 “In Greece with my friend @kmitsotakis of @neadimokratia to discuss our common economic challenges. Populists on the left and right don’t create jobs, they destroy them. We have a plan for investment and innovation that will give people perspective again,” Weber said in a tweet that clearly referred to the Greek PM.

Indeed, Weber, who is the EPP’s candidate to succeed Jean-Claude Juncker as European Commission President, said that he is certain that Mitsotakis will prevail in the forthcoming Greek general election and that he looks forward to working with him as prime minister.

Speaking at a joint news conference with Mitsotakis in Athens, Weber presented a plan that he maintained will create five million jobs in the EU over a five-year period.

Weber lambasted Tsipras’ economic policy and the Greek PM’s refusal to sign on to EU initiatives regarding the removal of Venezuelan President Nicolas Maduro.

‘We need a new government in Greece’

Offering his assessment on SYRIZA’s four years in power, Weber accused Tsipras of not keeping his promises.

“We need a new government in Greece…No one should have to leave their home and country for economic reasons,” Weber said of the brain drain that resulted from the economic policies imposed by Greece’s bailout memorandums. He did not clarify who he meant by “we”.

Weber was asked about New Democracy’s hopes of persuading creditors to reduce the 3.5 percent primary surplus that they forced Greece to accept. He suggested that the EU would be receptive to such a concession only under New Democracy rule.