Ankara has branded the eight officers as terrorists on the grounds that they were allegedly members of Gulen’s Hizmet Movement, which Ankara has dubbed FETO (Fetullah Terrorist Organisation). 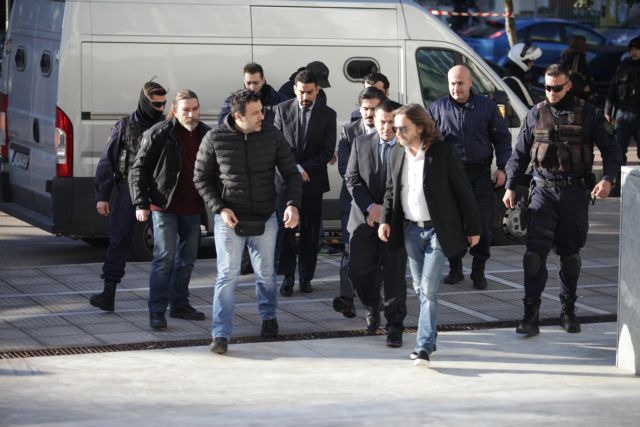 Just hours before Prime Minister Alexis Tsipras’ talks with Turkish President Recep Tayyip Erdogan in Ankara, the Turkish Foreign Ministry has declared a 700,000 euro bounty on each of eight Turkish military officers who have been granted political asylum in Greece.

Effectively, Ankara is issuing a call for the capture and removal from Greek territory of the eight, a clear violation of Greek sovereignty.

The eight fled to Greece by helicopter after the failed July, 2016, coup attempt against Erdogan. They are accused of participating in the coup and working with the network of Turkish cleric Fetullah Gulen, whom Erdogan has effectively declared public enemy number one.

The Greek judiciary, without probing the substance of the charges, ruled that the eight qualified for immunity as they could not be assured a fair trial in Turkey.

A series of extradition requests filed by Ankara have all been rejected by the Greek judiciary. That decision has been upheld by the Greek Supreme Court and is irrevocable.

The issue is thus certain to be discussed in bilateral talks, along with a series of thorny bilateral and regional issues.

The Greek government’s steadfast response to the extradition requests is that it cannot interfere in the decisions of the independent judiciary, a position that Tsipras will reiterate today.

Ankara has branded the eight officers as terrorists on the grounds that they were allegedly members of Gulen’s Hizmet Movement, which Ankara has dubbed FETO (Fetullah Terrorist Organisation).

An opinion piece by Serkan Demirtas for the Turkish newspaper Hurriyet expressed the conviction that Tsipras had attempted to extradite the eight officers but came up against a judicial brick wall.

“Erdoğan and Tsipras will also talk about fugitive Turkish soldiers who were given asylum even though they had attempted to overthrow the government through a coup in July 2016. Turkey was pretty sure that Tsipras tried hard to reverse the situation and extradite them,” Demirtas wrote.

Tsipras will also visit the Theological Seminary of Halki, which was shut down by the Turkish state in 1971. Erdogan has repeatedly promised to allow the seminary to re-open but never did so. US and Greek diplomacy have for years been pushing Ankara allow the seminary to operate so as to train the clergy of the Ecumenical Patriarchate.

Tsipras will also pay a symbolic visit to the Hagia Sophia museum at a time when Turkish Islamists are clamouring for the Byzantine cathedral to be turned into a mosque.