Zaev’s statement led UN mediator Matthew Nimetz to intervene with the parties in order to calm the waters. 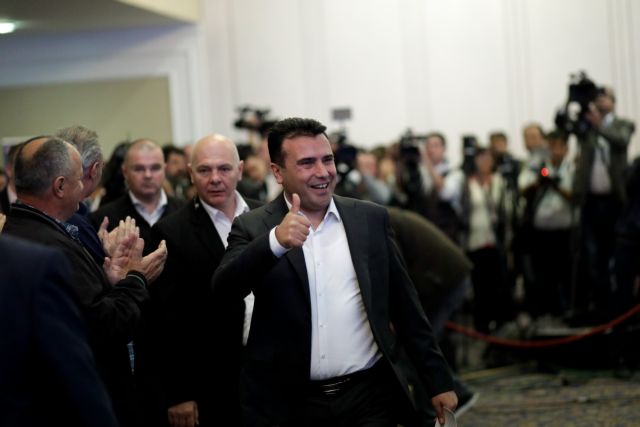 A video of FYROM Prime Minister Zoran Zaev’s statements about a “Macedonian language and Macedonian minority” [in Greece], disproved the interpretation issued by Skopje after the uproar in Greece.

The remarks were made in response to a question posed by the nationalist VMRO-DPMNE party regarding the Prespa Agreement.

Zaev’s statement led UN mediator Matthew Nimetz to intervene with the parties in order to calm the waters.

“You speak about the Macedonians in Greece with such passion and that is wonderful. Let us ask ourselves what we have done for then over the last 27 years. Let us be honest. Did we do anything for them? The resolution of this problem that we had for 27 years was a burden on our shoulders,” Zaev said.

In this manner, Zaev himself essentially put on the table an issue of a “Macedonian minority” in Greece.

In Athens, that was interpreted by opponents of the Greece-FYROM Prespa Agreement – including main opposition New Democracy  – under which FYROM will be known internationally, domestically and in bilateral ties as “North Macedonia” – as confirming their view that the accord as it stands bolsters the irredentist claims of Skopje.

“Now we have better possibilities. Now we have a chance for our children in Greece to learn the Macedonian language. Until now that was a taboo issue. The Greek language is already being taught in Macedonia. We have an opportunity to truly help them so that we can distance the borders,” Zaev said.