Editorial: Time and trust to save the banks

Nearly half of the loans issued by Greek banks are not being serviced and have become delinquent, and the companies that owe money are problematic, and cannot pay. 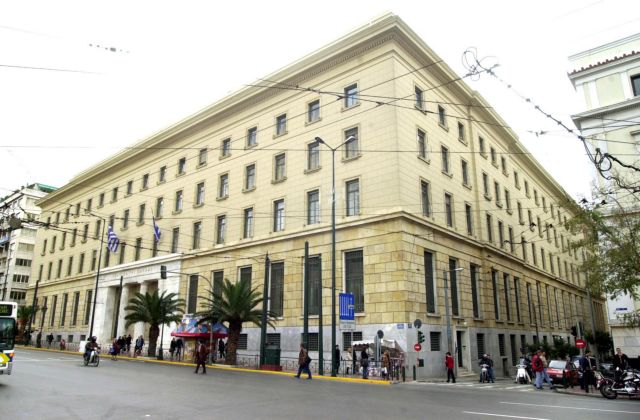 In truth, the ongoing bank crisis, as expressed by the constant stock market devaluation of bank shares, is not groundless.

It results from the extremely high level of Non-Performing Loans (NPLs), and the consequent lack of capital.

Nearly half of the loans issued by Greek banks are not being serviced and have become delinquent, and the companies that owe money are problematic, and cannot pay.

In that sense, the payment of the loans is no easy affair.

Bankruptcy procedures are extremely slow, the legal means of debtors are strong, and the time at the banks’ disposal is limited.

The problem is well known, and results from the protracted Greek economic crisis.

Until recently, as long as the protection of the adjustment programmes and bailout memorandums existed, the problem was concealed.

After the bailout memorandums and the loss of support, the bank problem – combined with the difficulties confronted by the Greek economy in finding funding sources without assistance, and with the launch of a protracted electoral period – transferred the wave of uncertainty, fueling the pressures of the markets, which are impatient and test the endurance of weak systems.

When the markets target a zone, they are indifferent to the consequences, and to any just claims of those affected.

The truth is that Greek banks are in a much better position than they were two years ago. They have improved their position. Their liquidity is better, and they are earnestly trying to reduce the burden of NPLs.

In order to achieve the cleanup of the banking system demanded by the markets, they are simply seeking time.

That is because every other solution requires money, which either does not exist, or there is no one willing to offer it.

Shareholders have lost everything that they have invested in Greek banks until now. Taxpayers cannot endure more taxes.

Any attempt to involve depositors would result in a crisis of confidence, and a total breakdown.

Given all that, only time and the regaining of trust can cut the Gordian Knot of Greek banks.

The time has been offered by European authorities, and they can guarantee that.

It is the government and the management of banks that can regain trust, as is their duty.

The government must abandon its preoccupation with erosive electoral aims.

Banks must undertake initiatives that will confirm their intention of cleaning up the system, and of expediting procedures regarding the resolution of NPLs.

Only that can break the current tendency to devaluate shares and institutions.

Otherwise, everyone should prepare for new plights.