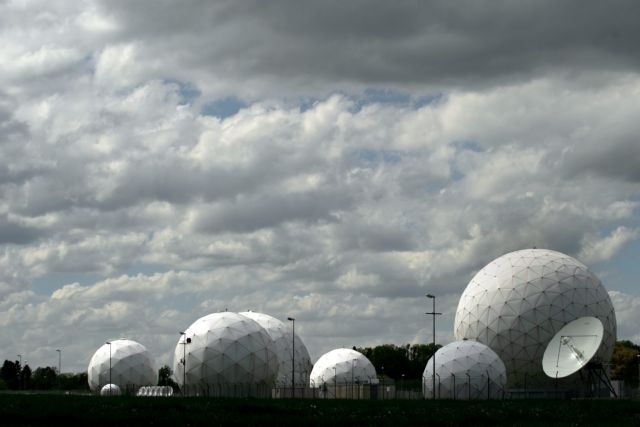 epa04737027 Radar domes are located on the premises of a communications intercept station of German intelligence agency BND in Bad Aibling, Germany, 07 May 2015. The duty station is not responsible for checking the US search criteria nor for examining the hits, the station chief said to the NSA investigative committee on the BND spying affair of the German parliament on 07 May 2015. EPA/ANGELIKA WARMUTH
Share

Ankara will be monitoring the Aegean 24 hours a day with 11 radar stations on the Turkish coast, with the stated aim of “halting illegal activities” in the Aegean.

That is the official narrative. In fact, however, the radars will monitor every movement in the Aegean with radars and electro-optical sensors every moment in the day.

That means that the movements of the Greek Coast Guard and Navy will be monitored by Ankara 24/7.

A Greek response to the Turkish move is expected.

According to the Turkish daily Hurriyet, “Eleven surveillance stations have been set up on the coasts of the Aegean Sea as part of the first phase of the Coast Surveillance Radar System (SGRS) Project which aims to halt illegal activities in the sea.”

Those ΅illegal activities” include fish poaching. Greek and Turkish fishermen have regular skirmishes when the latter fish in Greek territorial waters, often threatening Greek fisherman, even with gunfire.

In the first phase, following tests, the radars will cover the area from the coasts of the Marmara Sea to Datca, in the southwestern province of Mugla.

“The data received by the surveillance stations will be followed by various algorithms automatically, and in case of an anomaly, such as two ships coming too close, raising the suspicion of human smuggling, or ships going at a slower pace than usual, raising the suspicion of ships’ ejecting waste, operators on duty at control centers will order cameras to zoom into the suspicious events and convey the images to the operational base located in Ankara,” the report stated.