Tsipras and Mitsotakis war of words in Parliament 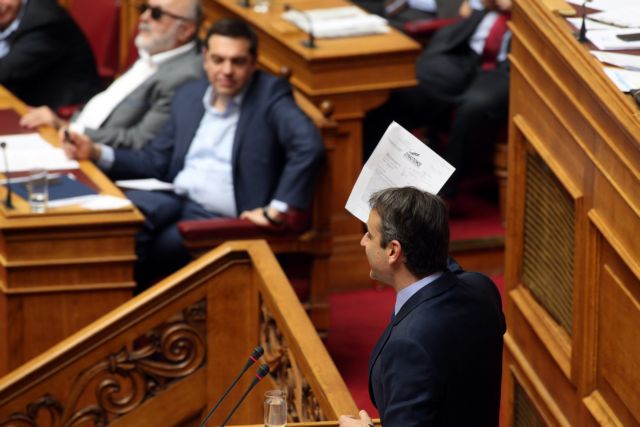 The Parliamentary Assembly unanimously approved the formation of an examination committee to investigate a series of loans granted towards political parties and media groups. The decision came without a roll call vote at the proposal of the President of Parliament Nikos Voutsis and with all parties in approval.

The committee, which will be composed of 23 MPs from all parties, will be expected to submit its findings withing two months. The political parties will have to name their MPs who will participate in the committee by Monday18 April.

Prior to the decision to form the examination committee, the government and opposition parties had a heated battle in Parliament, with the focus being on the state of the economy, the bailout review negotiations and the main opposition’s call for elections. During his statement, the Prime Minister underlined that the review will conclude without additional measure, as per the July 2015 agreement and appeared confident that the economy will return to growth.

The tension rose when Prime Minister Alexis Tsipras accused the main opposition leader of “siding with the IMF” during the negotiations over the bailout review and undermining the country’s position by demanding elections before the critical review. The Prime Minister also called the New Democracy leader to address the case of Stavros Papastavrou, the aid of former party leader and PM Antonis Samaras who appears to be implicated in the Panama Papers scandal.

The President of New Democracy Kyriakos Mitsotakis responded to the PM’s accusations and insisted that “every day that goes by the need for elections becomes increasingly imperative”. Mr. Mitsotakis emphasized that “only elections can provide the oxygen which the country needs so much” and urged the Prime Minister to “leave something standing before you leave, because one thing is certain: sooner or later you will leave, the question is how much damage you will have done”.

In response, PM Tsipras noted that the New Democracy leader’s father, Konstantinos Mitsotakis, “had to wait from 1965 to 1990 in order to become Prime Minister” and commented that “it will take you much longer and I don’t know even if you will become [Prime Minister]”.