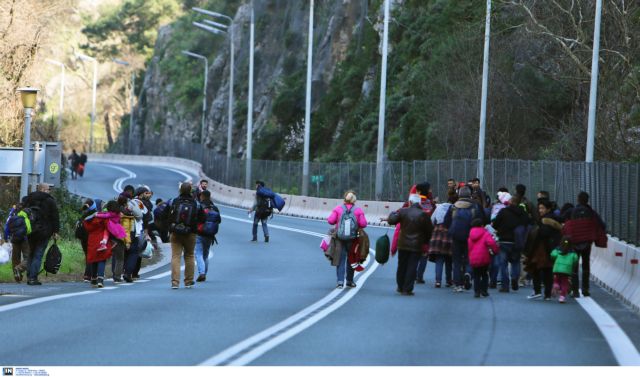 Since authorities in Serbia and FYROM decided to greatly limit the number of refugees they allow to go through their territories, the situation in Greece has grown increasingly worse, as thousands of refugees find themselves essentially ‘trapped’, as they are unable to carry on their journeys.

On Friday morning the Minister of Shipping Theodoros Dritsas confirmed that measures are being taken so that the refugees who have landed on the Aegean islands are gradually brought over to the mainland.

As such, refugees will be temporarily accommodated on the ferry boats, which will remain docked until Sunday. The aim of this move is to provide the necessary time to complete the work on new temporary accommodation centers in Attica and elsewhere.

Meanwhile, caravans of thousands of refugees of all ages are being formed on the national highways, as many have decided to take their chances on foot and attempt to cross over into FYROM. In many instances local residences and businesses have volunteered to help support the refugees, who brave the cold and sleep rough, on the sides of roads and wherever else they can find.