Golden Dawn trial: “Roupakias was smoking calmly after the murder”

Police officer Dimitris Kouretzis, who was part of the team that arrested the Golden Dawn member Giorgos Roupakias for the… 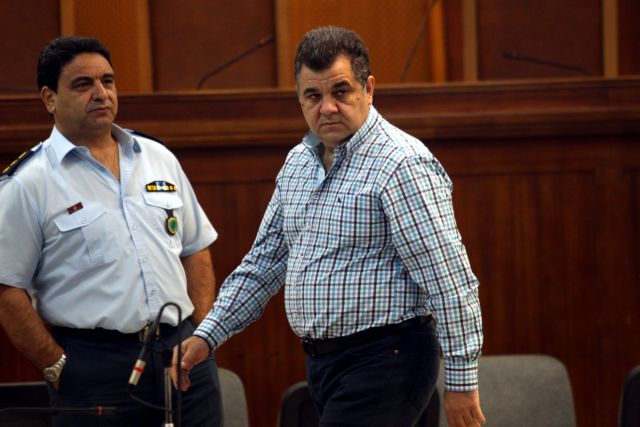 Police officer Dimitris Kouretzis, who was part of the team that arrested the Golden Dawn member Giorgos Roupakias for the murder of antifascist activist and rapper Pavlos Fyssas, testified in court on Wednesday regarding the events he witnessed.

Kouretzis, who was patrolling the area of Keratsini via car on the evening of the murder, was notified to respond to call regarding a fight. Upon arrival at the scene of the crime, the officer saw a number of people spread out and a car that had stopped in the middle of the street, in facing opposite direction of the traffic.

The officer parked his patrol car in front of the vehicle so that it could not drive off. Kouretzis approached a group of people 15-20 meters in front of the car and saw a woman holding an injured man (Fyssas), with four or five others around them. He noticed that Fyssas was in a critical condition and appeared to be in pain.

A man approached Kouretzis and pointed out the driver (Roupakias) in the car as the perpetrator. The police officer approached Roupakias, who was smoking, asking him to extinguish his cigarette and tell him what went on. Roupakias claimed he did not know anything. Kouretzis inspected the exterior of the car and located a knife hidden behind the rear tire on the driver’s side, which he collected.

The police officer proceeded to handcuff Roupakias who did not resist. Roupakias appeared calm and continued to smoke. During the drive to the police station, Kouretzis urged Roupakias to tell him what occurred. The Golden Dawn member eventually admitted that he was responsible for what occurred and urged Kouretzis to “not say anything to anyone, I am one of yours”. When asked what he mean by “one of yours”, Roupakias responded “I am with Golden Dawn”.