Athens considering US proposal for establishing drone base in Greece 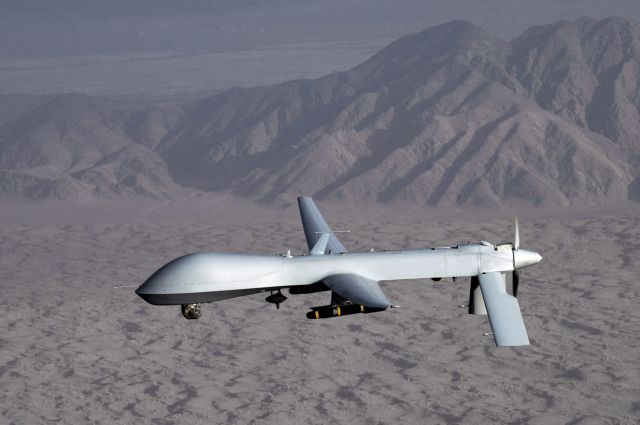 Washington appears to have made a new bid for establishing a base in Greece to operate UAVs (unmanned aerial vehicles), with the SYRIZA/Independent Greeks government considering the offer, as part of the “new relationship” that PM Alexis Tsipras wants to establish with the USA, to offset pressure from Germany.

According to exclusive information made available to To Vima, a few weeks ago the US submitted a plan for a “Technical Agreement” regarding the stationing of two squadrons of UAVs, possible MQ-1 Predator or MQ-9 Reaper models, in Greece. Aside from military rewards (such as being provided with military equipment) the Greek side desires political support to finalize the agreement.

The US wants to station the drones at an airbase in Kastelli (where the 133rd Combat Group is stationed), as detailed in the original plan that To Vima revealed on the 27th of July 2014. The Samaras-Venizelos government at the time was troubled due to possible reactions from SYRIZA (which was the main opposition at the time), since accepting the agreement requires the approval of Parliament.

The base in Souda which the US currently uses does not appear to be able to station the drones due to country planning problems. As such, the use of the facilities in Kastelli seems to be the only realistic option.

Meanwhile, the Minister of National Defense Panos Kammenos has proposed the development of a NATO base on Karpathos and even presented his plans to Under Secretary of Defense for Policy Christine Wormuth during his recent visit to the USA. The idea of such a base however was rejected by the US, since it would require the construction of specialized facilities to house the drones and about 170 technical staff, but crucially, it could result in problems with Turkey.