Kammenos: “The Independent Greeks are guarantors of stability” 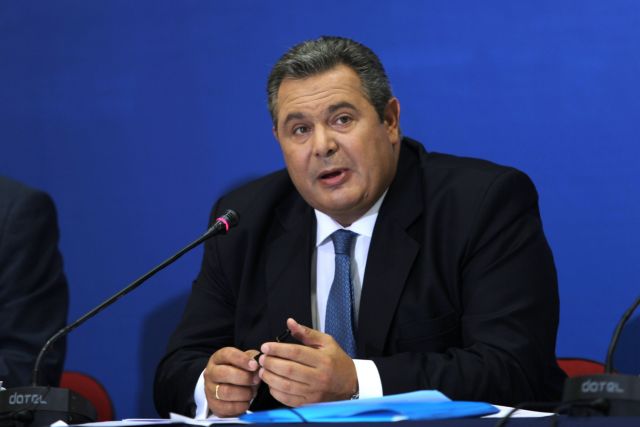 The President of the Independent Greeks Panos Kammenos underlined the importance of the upcoming elections in his midday press conference at the “I. Vellidis” conference center in Thessaloniki. Mr. Kammenos argued that his party was a guarantor of stability and that he is prepared to carry on his honest cooperation with SYRIZA, which symbolizes the realization of national reconciliation.

Although he admitted that there were aspects of the bailout agreement with which he disagreed – such as the ENFIA and 23% VAT rate in private education – he pledged to fight change the terms of the agreement. The Independent Greeks leader noted that tackling tax evasion and creating the sort of environment that will attract foreign investments in Greece as paramount, in order to help the domestic economy recover.

When asked about post-election alliances, Mr. Kammenos commented that there were New Democracy MPs that could participate or support his alliance with SYRIZA, particularly the more moderate Karamanlis supporters within the main opposition party.

In concluding his press conference, Mr. Kammenos predicted that New Democracy will lose the elections and provisional leader Evangelos Meimarakis would depart soon after.