Lafazanis: “I object to the agreement, but I will support SYRIZA”

The outgoing Minister of Productive Reconstruction Panagiotis Lafazanis, who is being succeeded by Panagiotis Skourletis… 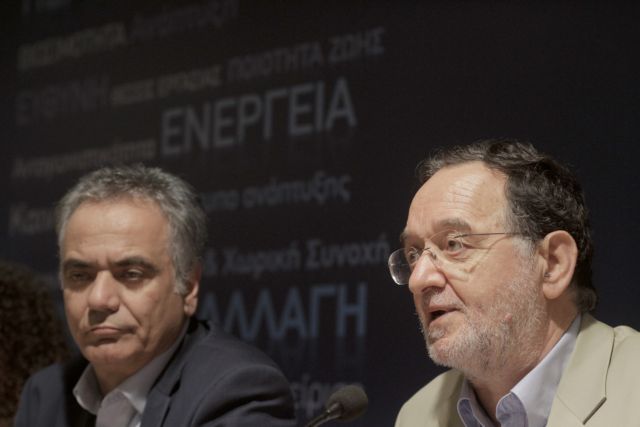 The outgoing Minister of Productive Reconstruction Panagiotis Lafazanis, who is being succeeded by Panagiotis Skourletis, underlined his objection to the agreement reached between the Greek government and its international creditors and pledged his support to SYRIZA.

Mr. Lafazanis notes that his departure from the Ministry is a “difficult moment”, but commented that he will continue to support SYRIZA and unity within the party through the diversity of opinion. He added that he is not disappointed, as he will continue to struggle so that the new bailout is a “minor parenthesis for the government and SYRIZA”.

During the handover ceremony, Mr. Lafazanis likened the ministerial post to an “electric chair” and argued that his successor, who will face “major interests”, will have to rise about and focus on the interests of the Greek people. Mr. Lafazanis also revealed that the pressure from Europe and USA regarding the natural gas pipeline from Russia has no subsided.

In concluding his statement, Mr. Lafazanis expressed his belief that energy must remain in public hands and agued that the protection of the environment and public interests should be paramount. He also commented that Eldorado, the company behind the controversial mining operation in Skouries, is moving down “an increasingly incompatible path” with the agreement that has been singed.

The new Minister Panagiotis Skourletis stated that a lot has changed during the difficult negotiations and admitted that while the agreement reached is does not reflect the government’s plans and beliefs, it was necessary in order to avert a further exacerbation of the humanitarian crisis in Greece.

Mr. Skourletis also praised the support towards Greece from various European groups and people, despite having no alliances with political leaderships. He underlined the importance of a meaningful debt reduction and noted that it was strategically important to keep DEI in public hands. Mr. Skourletis added that mature investments must be activated.