High risk of wildfires in Attica, Evia, Argolida and Corinth

The General Secretariat of Civil Protection has issued a warning for a high risk of wildfires in Attica, Corinth, Argolida and a… 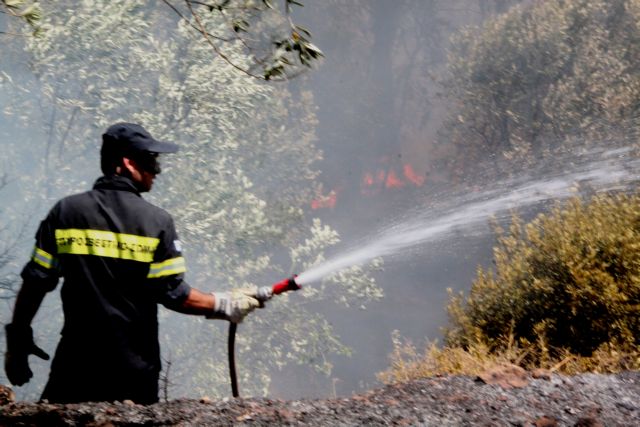 The General Secretariat of Civil Protection has issued a warning for a high risk of wildfires in Attica, Corinth, Argolida and a section of Evia on Monday, urging local state services to remain vigilant and on stand-by, in order to respond immediately.

Citizens are also urged to be extra careful not to cause any fires by accident, such as when using barbeques, disposing of cigarettes, burning dry leaves and using equipment that may cause sparks. Information is readily available via the Civil Protection website and people must contact the Fire Brigade (199 via telephone) as soon as they notice a fire.

The Fire Brigade announced that 79 fires broke out between 6am on Friday and 6am on Saturday, most of which were quickly set under control and extinguished before they could spread. The major fires in Laconia and Imittos are under control, with fire fighters remaining on site to ensure that they do not rekindle. The fire in Kareas burned 750 acres of forest and shrubland, while the fire in Laconia left 23,310 acres of forest and about 40 houses burned.

Two beekeepers were arrested for the fire that broke out on Mt. Imittos on Friday, who face charges for setting a fire by negligence. The two beekeepers told authorities that they tended to their beehives with smoke, however the strong winds in the area led to fire. Another beekeeper has also been arrested in Akrata, where a fire also broke out.

Meanwhile the remains of a 47-year-old police officer were recovered in Kareas. The 47-year-old, who was on a long-term leave due to health problems, had been taking daily walks in the area and appears to have been trapped when the fire broke out.