Limited cabinet reshuffle expected to be announced on Friday

A cabinet reshuffle is expected to be announced on Friday, after three Ministers voted against the bill of prior actions that was… 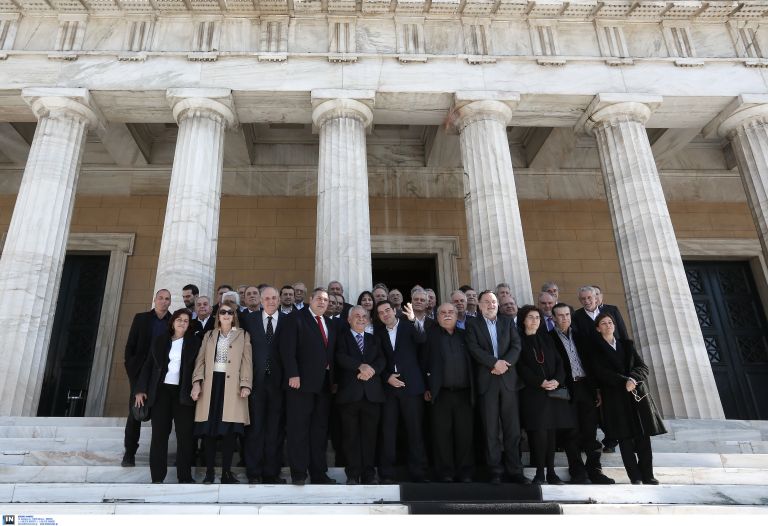 A cabinet reshuffle is expected to be announced on Friday, after three Ministers voted against the bill of prior actions that was set as a prerequisite for a third bailout on Wednesday. Specifically Panagiotis Lafazanis, Dimitris Stratoulis and Kostas Isichos are not expected to be in the new cabinet, while replacements will be announced or Nantia Valavani and Nikos Hountis who resigned from their posts.

In a recent government and party meeting, the Prime Minister and SYRIZA leader Alexis Tsipras suggested that the differences with the Left Platform – the radical section of SYRIZA that is helmed by Mr. Lafazanis – are unbridgeable. He also hinted that the new cabinet would call snap elections for autumn. Interior Minister Nikos Voutsis also estimated that elections may be called for September or October.

The latest reports suggest that the reshuffle will not be extensive, with minor changes expected to be carried out on top of replacing the five outgoing Ministers. Some of these changes will depend on whether Zoi Konstantopoulou – who has provoked the ire of many opposition MPs – will be replaced.

Ta Nea have reported that behind-the-scenes efforts are being made so that Mrs. Konstantopoulou’s departure from her post is amicable. Should she step down, she is rumored to be replaced by Interior Minister Nikos Voutsis. In turn, the Minister of Labor Panagiotis Skourletis would be transferred to the Ministry of Interior. Rumors suggest that the president of INE-GSEE’s scientific director Savvas Rompolis is considered for the Ministry of Labor, who has denied the rumors.

There do not appear to be any clear contenders for the Ministries of Productive Reconstruction (Lafazanis), Social Security (Stratoulis) and National Defense (Isichos). The Minister of Finances Euclid Tsakalotos is rumored to have expressed his preference for the government spokesman Gabriel Sakellaridis to replace Nantia Valavani as Alternate Minister.