The Prime Minister’s next moves following the agreement in Brussels

After reaching an agreement at the European Summit in Brussels, the Greek Prime Minister Alexis Tsipras will have to take a… 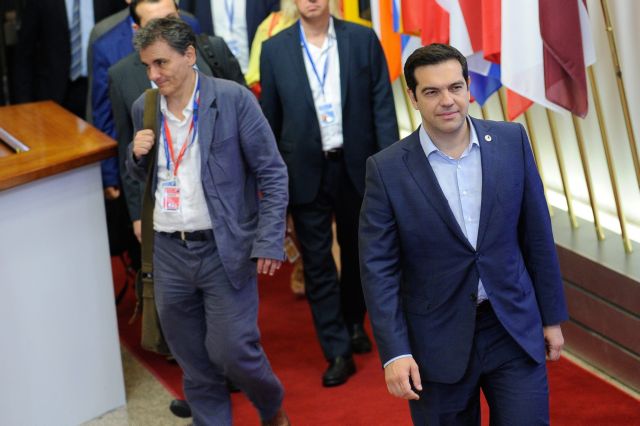 After reaching an agreement at the European Summit in Brussels, the Greek Prime Minister Alexis Tsipras will have to take a number of initiatives in the next few days, in order to secure the 85-billion euro loan.

Mr. Tsipras has reportedly contacted the President of the Republic Prokopis Pavlopoulos to explain the situation and changes that need to be implemented. The President is expected to call a meeting of political leaders as soon as Mr. Tsipras returns from the Belgian capital. According to the agreement, a number of bills must be fast tracked through Greek parliament by Wednesday. This may prove problematic, given that a number of government MPs openly opposed the measures that were passed in Parliament on Friday.

The President of Parliament Zoi Konstantopoulou in particular has been ‘targeted’, as she is feared to jeopardize the procedures, regarding the critical bills that must be passed though Parliament. Mrs. Konstantopoulou has underlined though that she will not step down. As such, one option considered is a motion of no confidence from 151 MPs, in order to remove her from her post.

This will require the support from opposition parties, who are vying for power and will likely want to have a say into the appointments in critical ministries, should a cabinet reshuffle take place. While there is no real desire for other parties to participate in the a national unity government at present, they may press for the appointment of technocrats.