ECB: “ELA to Greek banks maintained at its current level” 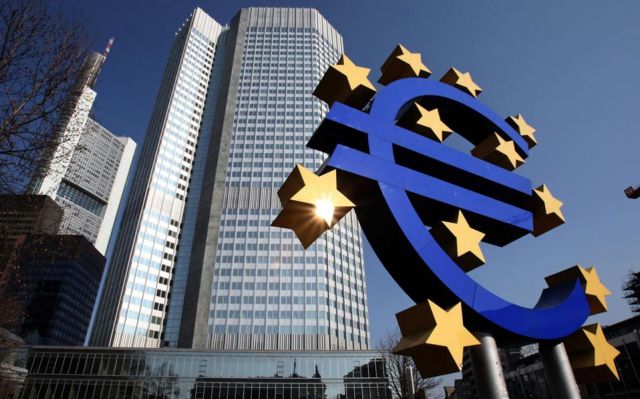 The Governing Council of the European Central Bank convened today to review the emergency liquidity assistance (ELA) to Greek banks, in response to the Greek government’s decision to carry out a referendum on Sunday, 5th of July. According to the ECB’s statement, the ELA to Greek banks will be maintained at its current level, with the Governing Council closely monitoring the situation.

The ECB’s statement in full:

The Governing Council of the European Central Bank today welcomed the commitment by ministers from euro area Member States to take all necessary measures to further improve the resilience of euro area economies and to stand ready to take decisive steps to strengthen Economic and Monetary Union.

Following the decision by the Greek authorities to hold a referendum and the non-prolongation of the EU adjustment programme for Greece, the Governing Council declared it will work closely with the Bank of Greece to maintain financial stability.

Mario Draghi, ECB President, said: “We continue to work closely with the Bank of Greece and we strongly endorse the commitment of Member States in pledging to take action to address the fragilities of euro area economies.”

Yannis Stournaras, Governor of the Bank of Greece, said: “The Bank of Greece, as a member of the Eurosystem, will take all measures necessary to ensure financial stability for Greek citizens in these difficult circumstances.”