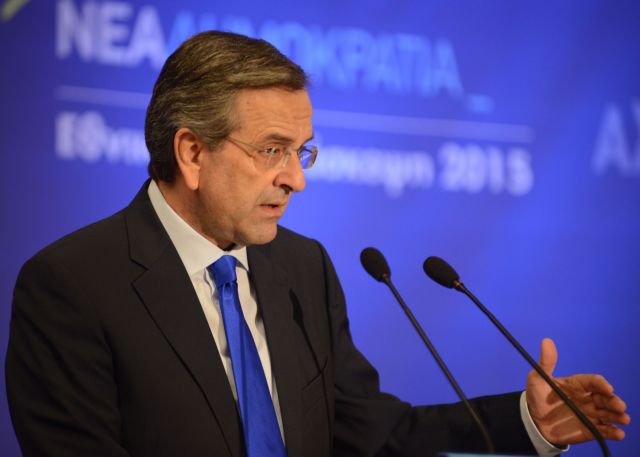 The president of the main opposition party Antonis Samaras expressed his preference for the formation of a national unity government, without his participation or Prime Minister Alexis Tsipras, should the SYRIZA-ANEL coalition lose its majority in Parliament.

In an interview for Crash magazine, Mr. Samaras estimated that a new government will be necessary, if the current one does not support the agreement that is brought in Parliament for approval.

Should the agreement not be supported by both coalition government parties, a national consensus is necessary to ensure that the country remains in the Eurozone and exits the crisis.

Finally, he noted that if he lost the majority in Parliament it would not be right for Mr. Tsipras to remain Prime Minister and claimed that it is not his aim to return to power, adding that the country cannot endure another election at present.