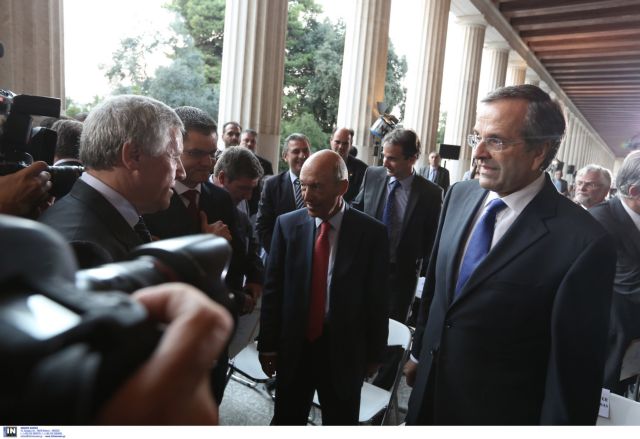 The main opposition leader and New Democracy president Antonis Samaras met with former Prime Minister and PASOK president Kostas Simitis on Friday morning. The meeting, which lasted about an hour, was held at the family home of Mr. Samaras in downtown Athens.

It is likely that the New Democracy leader will also meet with former Prime Minister Lucas Papadimos the following week. Friday’s meeting came after Mr. Samaras met with President Prokopis Pavlopoulos on Tuesday, in demand of a national consensus.

Following an informal, three-hour meeting of the party’s political council, it was decided that New Democracy would carry out a number of initiatives in order to avert the “catastrophic isolation of Greece”.