Papadimoulis calls for calmness in conflict with Bank of Greece 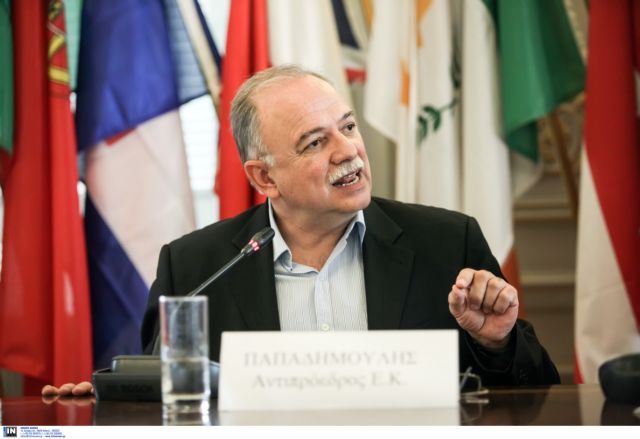 SYRIZA MEP Dimitris Papadimoulis commented on the Wednesday’s clash between the President of Parliament Zoi Konstantopoulou and the Governor of the Bank of Greece Yannis Stournaras.

Mr. Papadimoulis called for calmness from both via his Twitter account and was subtly critical of Mrs. Konstantopoulou’s stance in the argument that broke out in Parliament.

“The tension with BoG must subside. The government governs, Parliament legislates, the BoG guarantees the stability of banks. Each to what they are destined for” he commented on Twitter.