Konstantopoulou lashes out against Juncker in Parliament 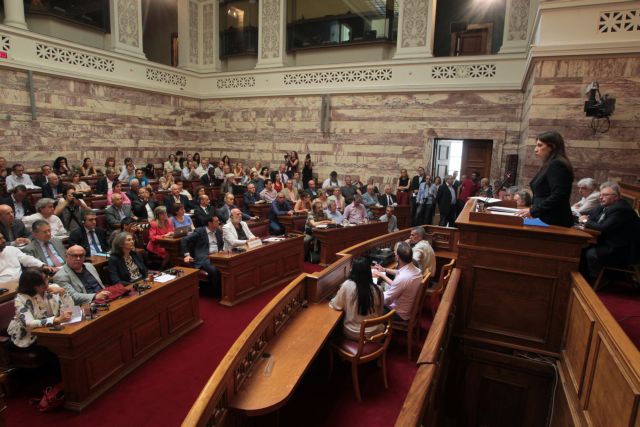 The President of Parliament Zoi Konstantopoulou lashed out against the President of the European Commission Jean-Claude Juncker during the proceedings of the Parliamentary Committee on the bailouts. Prime Minister Alexis Tsipras was present, however President Prokopis Pavlopoulos was unable to attend.

During the committee proceedings Mrs. Konstantopoulou argued that the findings “completely justify the people who dispute their obligation to participate in the payment of this debt and everyone who warned that these debts are non legal, unfair, shameful and unsustainable”. The President of Parliament added that while Germany insists that Greece pays off its debts, it has not yet paid off its debts towards Greece and reminded that Greece approved of Germany’s debt relief in 1953.

Mrs. Konstantopoulou accused Mr. Juncker of wanting to subjugate the Greek people and underlined that during his tenure as PM of Luxembourg, legislation was passed that allowed hundreds of multinationals, including many companies operating in Greece, to avoid paying taxes in Greece, which amount to losses worth tens if not hundreds of billion euros.

Additionally, Mrs. Konstantopoulou noted that the SYRIZA-leg government did not participate in creating or expanding the public debt and as such, it is legitimized to use all tools available to dispute and reduce the debt which jeopardizes fundamental rights and democracy itself.