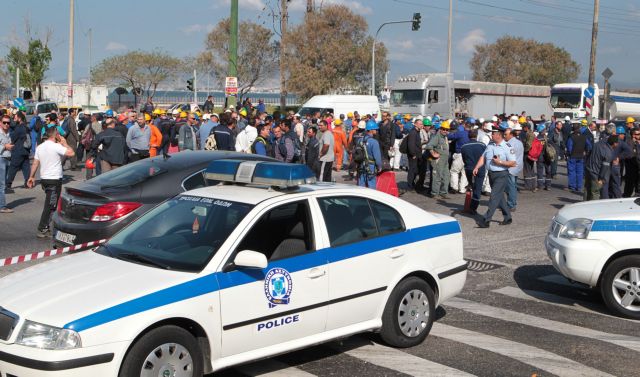 The police announced that it has detained 39 individuals who were demonstrating outside the central offices of Hellenic Petroleum (ELPE) in Marousi.

According to the police, the 39 were detained outside the company’s central offices as they were suspected of intending to demonstrate over the death of four workers in the company’s refinery in Aspropyrgos.

Earlier last week anarchists staged protests outside the home of the Latsis family, (a major shareholder in ELPE) and the Latsis Foundation.

Further demonstrations have also been planned for Saturday 13 June, with protesters announcing a motorcycle parade, from Palataki in Haidari to the refinery in Aspropyrgos.