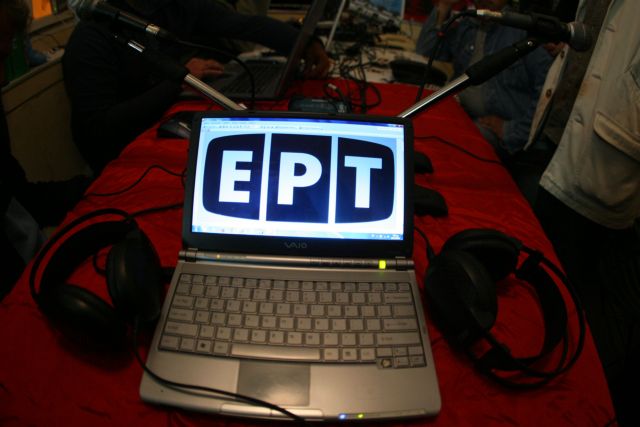 The government’s bill which aims to restore the operation of the previous public broadcasting service ERT was approved in Parliament amid tension, in a vote that concluded at about 1:30am.

State Minister Nikos Pappas appeared confident and noted that the government’s concern is to restore the sense of justice on all levels. The President of Parliament Zoi Konstantopoulou asked Mr. Pappas to also introduce provisions to support the families of ERT employees who passed away since the abrupt shutdown in June 2013.

Mrs. Konstantopoulou also noted that the previous government’s legislative act which caused ERT’s shutdown was the beginning of its end, as the Greek people began to react. She also praised the ERT employees for “the lessons of democracy and dignity” which they delivered during their struggle.

SYRIZA MP Stathis Panagoulis caused some controversy in Parliament, when he argued that the government must restore all ET employees, “especially those who fought for SYRIZA to rise to power”. New Democracy’s Adonis Georgiadis commented that “in his naivety he revealed SYRIZA’s innermost thoughts”, while The River’s Haris Theoharis responded that SYRIZA was “paying off debts”.