The Prime Minister Antonis Samaras authored an article which was published in the Sunday edition of Kathimerini, where he… 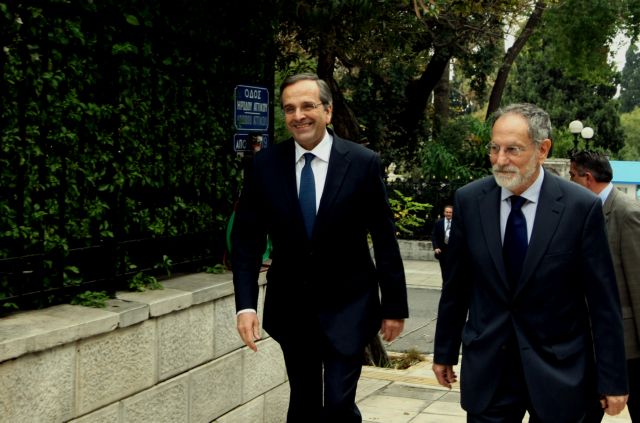 The Prime Minister Antonis Samaras authored an article which was published in the Sunday edition of Kathimerini, where he argued that the coalition government will carry out the next wav of reforms, while aiming for a reduction of the national debt.

The article prompted SYRIZA spokesman Panos Skourletis to state that the Prime Minister “has taken a final divorce from negotiations”, arguing that the article confirms “his absolute loyalty to the memorandum policies”. According to Mr. Skoureltis, the PM “is championing the memorandum’s ‘reforms’ which have lead to the collapse of work relations, the unprecedented shrinking of the social state and have excluded a large section of society from public healthcare and education, while provocatively underlining that we should have done all this thirty years ago”.

In his article the Prime Minister lashes out against the main opposition party, without however naming it. Mr. Samaras accused SYRIZA of harboring policies that will cause new deficits and stresses that “anyone who claims our debt is ‘non-sustainable’ is not going to carry out a ‘new negotiation’, he is telling the markets to not lend! And he is headed towards a new compulsory loan, with new, harsh terms!”.

The government Vice President and PASOK leader Evangelos Venizelos commented that “PASOK, the Democratic Faction, is the guarantor of not just the government’s, but the nation’s stability and will exercise this duty diligently”. Mr. Venizelos also argued that “the country needs time to complete the exit plan from the crisis an d the national recovery plan. If some want to lead the country to uncertainty, it is up to the people to guarantee its destiny”.