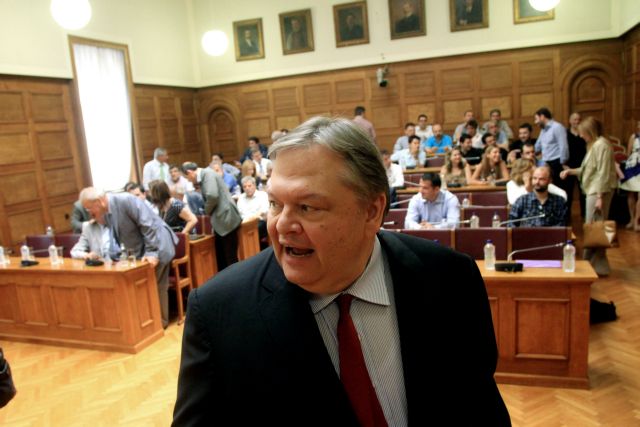 PASOK’s parliamentary group convened on Friday morning to discuss the possible outcome of the upcoming European elections of the 25th of May. In his speech the party president Evangelos Venizelos set the bar high, hinting that PASOK may leave the coalition government, should the Olive Tree not perform as expected.

The PASOK leader stressed that the upcoming elections will not just determine the coalition government’s stability, but the future of the economy and the country at large. Mr. Venizelos was critical of SYRIZA’s stance on “waiting until the even of elections to raise issues” and accused the opposition of anti-bailout demagogy.

Mr. Venizelos addressed the “dilemma” he posed, rejecting the claim that he was being coercive. The party leader defended his estimation as “a description of the situation as is” and argued that “everyone is being judged in these elections, but above all, the country’s path is being determined”. Mr. Venizelos also noted that “PASOK is the easy victim, the black sheep”.

Veteran PASOK executive Kostas Skandalidis recently appeared on SKAI, where publicly offered his support to Mr. Venizelos, while hinting that “all bets are off” in PASOK after the European election. When asked if the party’s leadership will be challenged, Mr. Skandalidis responded that he does not reject anything and that Mr. Venizelos has “nothing to fear” from a party conference.

On Thursday, the secretary of PASOK’s parliamentary group Panagiotis Rigas commented that discussions regarding the party’s leadership after the upcoming elections were “legitimate”. Mr. Rigas also stressed that the electoral results must be evaluated and should they be as poor as they appear in the polls (around 5%), then “you obviously cannot hide it under the rug”.

Earlier, MP Yannis Koutsoukos set the bar rather high, claiming that PASOK must perform at least as well as it did in the June 2012 general elections, where it came in third, receiving 12.28% of the vote and 33 seats in Parliament.

Meanwhile PASOK MP Michalis Kassis appeared on Alpha and estimated that if the party’s results are disappointing in the upcoming elections, the debate over electing a new leader may not be the most pressing matter to emerge. MEP candidate Sylvana Rapti commented that the Olive Tree’s potential failure will reflect changing attitudes. Fofi Gennimata fueled rumors regarding PASOK’s future after she declared that the rebirth of the Center Left is “a bet for PASOK and me personally”.