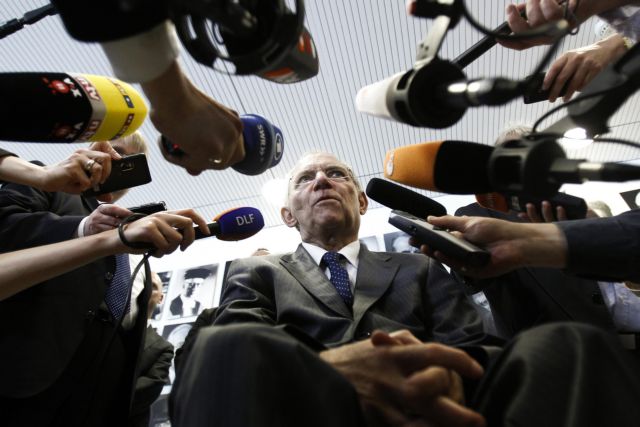 The Prime Minister Antonis Samaras is banking on the visit of German Minister of Finances Wolfgang Schäuble, in order to continue with the planned reforms. Germany has been consistent in their opinions and will continue to support Greece if the country continues with the reform program as agreed upon. The PM will have the opportunity to gauge Germany’s stance on Greece after the upcoming September elections.

Mr. Schäuble will be meeting with the Prime Minister, the Vice President and Minister of Foreign Affairs Evangelos Samaras as well as the Minister of Finances Yannis Stournaras and Minister of Growth Kostis Hatzidakis to discuss the current developments in Greece, bilateral cooperation and the progress of the reform program. The German Minister will also attend a function organized by the Greek-German Chamber of Commerce and Industry and the German Embassy in Athens on the economic situation in Greece.

The German Minister is expected to announce that the German state investment bank Kreditanstald fuer Wiederaufau (KfW) will contribute 100 million euros to the Greek Investment Fund that will support small and medium-size businesses. Mr. Schäuble is likely to take a stance on the possibility of a further debt haircut, which German Chancellor Merkel has previously rejected as it would cost billions to the Eurozone partners.

The official visit has unavoidable created tension in the political scene, with the opposition going so far as to declare Mr. Schäuble a “persona non grata”. The President of Democracy Karolos Papoulias, who had previously question “who is Mr. Schäuble to ridicule of Greece”, has arranged to meet with SYRIZA president Alexis Tsipras and historic party member Manolis Glezos. The symbolic meeting at the Presidential Hall to discuss German reparations is indicative of the high tension.