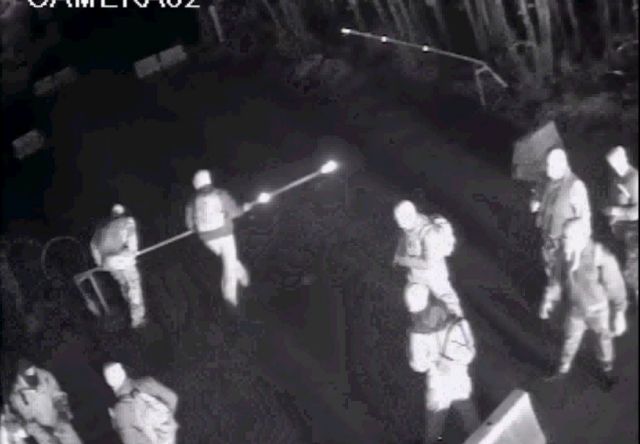 Halkidiki Prosecutor Magdalene Galatali has indicted twenty residents of Northeast Halkidiki who allegedly participated in the assault against the mining site of “Ellinikos Hrysos” in Skouries with seven felonies and eleven misdemeanors. The twenty local residents have been accused of setting up a criminal organization, attempted manslaughter, possession of explosive materials and arson, among other charges.

The twenty accused are residents of Ierissos and Megali Panagia. According to the statements their lawyers relaying to the Thessaloniki police authorities, they deny any involvement related to the assault, while condemning the instances of police injustice that followed the assault on the mining site at Skouries.

The DNA sample taken from one of the accused was matched to the DNA found on a woolen hood that was recovered from the mining site after the assault. The subsequent ballistics test also showed that a rifle owned by the suspect was also used in the assault.

During the police investigation the police tapped the telephones of dozens of residents in Northeast Halkidiki, however they were unable to tape any conversations between the suspects.