Their immediate replacement is a prerequisite 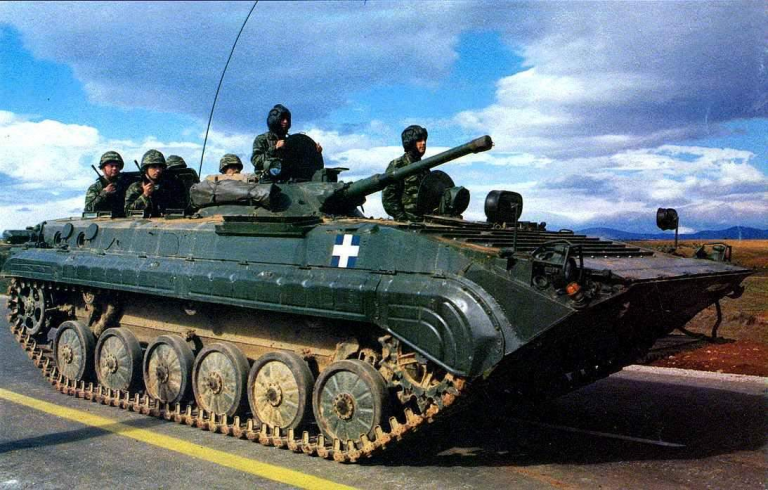 The possibility of immediate replacement of the weapons systems that serve the fixed needs of the country’s defense is the main parameter that can influence Athens’ decision to give armored personnel carriers to Ukraine.

According to Kathimerini, Greece would be willing to cede the BMP-1 APCs, as long as they could be replaced immediately by combat vehicles of similar capabilities.

The pressure to grant BMP-1 APCs to Ukraine comes mainly from Berlin. If nothing else, commented competent sources to the newspaper, the German army has solutions for Greece, probably referring to Marder Infantry Combat Vehicles ICVs that could be used as intermediaries, until it becomes possible to permanently reinforce the Army with reliable APCs and IFVs units.

According to the same information, in addition to BMP-1, requests, either directly from Ukraine or from intermediaries, such as the USA and Germany, there are requests for other systems, such as anti-aircraft Stinger missiles, but also anti-ship Harpoon missiles.

And the discussion about the possibility of transferring BMP-1 armor, under the above stipulations, may remain open, however, as concerns the other systems and, mainly, for the Harpoon anti-ship missiles, Athens has turned it down completely.