Mitsotakis-Erdogan – “Neither Greece nor Turkey will become repositories for refugees” 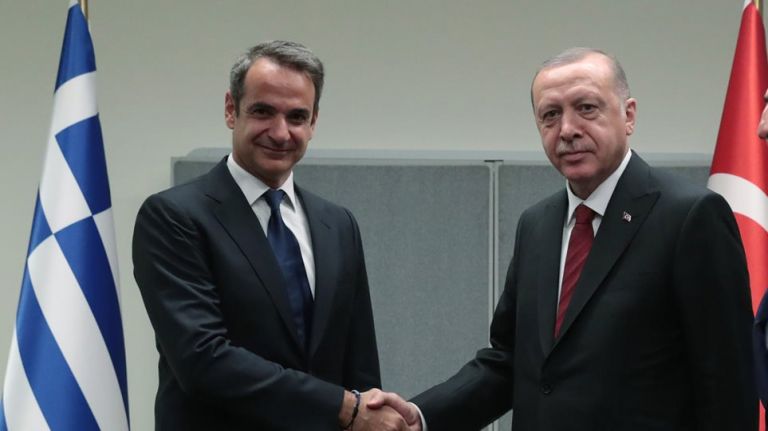 The conversation is completed

The conversation of the Greek Prime Minister, Kyriakos Mitsotakis, with the Turkish President, Tayyip Erdogan, is completed.

According to reports, the conversation lasted half an hour and was held in a positive ambience.

The two leaders discussed the latest developments in Afghanistan, the possible forthcoming refugee flows, and agreed that both Greece and Turkey face the same challenge.

On Thursday, the Turkish President, Tayyip Erdogan, said Turkey would not become a repository for European refugees.

The same applies to Greece, stressed the Greek PM, Kyriakos Mitsotakis, and he added that Greece has taken on quite a lot of burden as the EU’s external border – which has also recognized, within the context of the European Union, the burden that Turkey has also taken on.

The two leaders agreed on the need to support the countries of immediate neighborhood with Afghanistan, so that the Afghans stay as close to their homes as possible.

In addition, the climate crisis was discussed, on the occasion of the multiple forest fires that have recently hit both Greece and Turkey, a common challenge that concerns all Mediterranean countries. The environment is a domain in which the two countries can work closely together – it also consists one of the domains of the positive agenda on which Messrs. Frangogiannis and Onal have agreed.