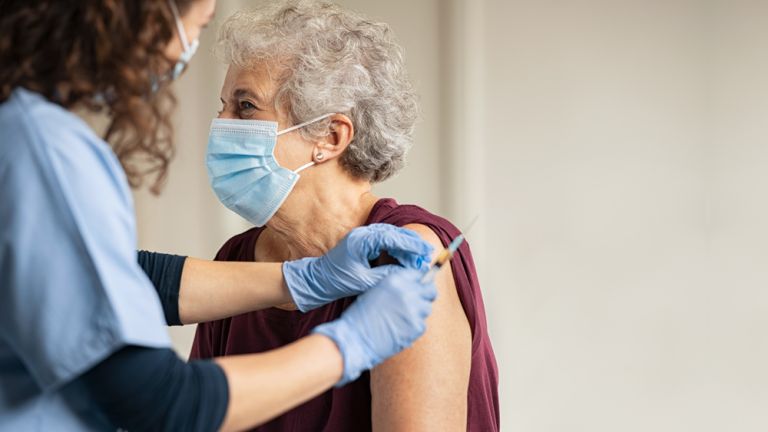 It is by now common knowledge that vaccines save lives and are the most important and effective tool in the effort to curb the COVID-19 public health crisis.

It is by now common knowledge that vaccines save lives and are the most important and effective tool in the effort to curb the COVID-19 public health crisis.

This has been demonstrated by empirical evidence in countries such as Israel and the UK which managed to vaccinate the majority of their population and now have fewer deaths and enjoy better public health conditions.

The international dispute over waiving intellectual property rights for the vaccine confirms how crucial these vaccines are.

For better or for worse, all other tools for checking the epidemic – especially protracted restrictions on movement and the closure of businesses – have brought fatigue to citizens and societies.

In Greece it has become perfectly clear that we cannot endure an extension of restrictions. That was apparent from the movement of much larger numbers of citizens over the past few days and the demand of most people – despite the fact that there is still a high number of cases and continued pressure on hospitals – that social and economic activities resume.

Today, given the good weather, it would be futile for one to insist on restrictions that have failed and have been disputed in practice, most notably during the recent Easter holidays.

The en masse circumvention of public health restrictions with ridiculous excuses and ruses is a disgrace and not a solution. It leads to turning a blind eye and possibly wrong choices if one continues to insist dogmatically on ineffective restrictions.

Given existing public health and broader socio-economic conditions only a massive vaccine rollout and abiding by the rules that protect individuals can provide safe and effective management of the epidemic.

Fortunately, Greece’s vaccine rollout is speeding up and citizens, especially younger ones, have heeded the urgings of scientists and a massive number of people are making appointments.

Over the last days over 100,000 people daily are being vaccinated. Authorities are optimistic and say that by the end of June Greece will be among the relatively safe countries and will be able to achieve an economically successful tourist season.

Still, there is a large segment of the public that refuses to be vaccinated or is avoiding it. These are usually the same people who ignore personal protective measures and hinder the effort to free society from the public health crisis.

Unfortunately, we see this negative stance in the older and more vulnerable segment of the population. Nearly 30 percent of people over the age of 60 has not been vaccinated even though they had the time and opportunity to do so and to limit their increased risk.

Their stance is at best unacceptable if not irresponsible and anti-social. That is even truer for hospital doctors and nurses who have refused to be vaccinated. Under current conditions, people who have not been vaccinated should be barred entry to hospitals and other healthcare facilities.

The government has a duty to make it clear to everyone that an anti-vaccine stance and behaviour will not be tolerated and will have repercussions as deniers’ activities will be curtailed.

It is an issue of individual and collective responsibility.