Editorial: Greece is not alone

Without exaggeration or any national gloating, the most important foreign leaders outdid themselves in referring to Greece with glowing praise on the occasion of our Independence Day. 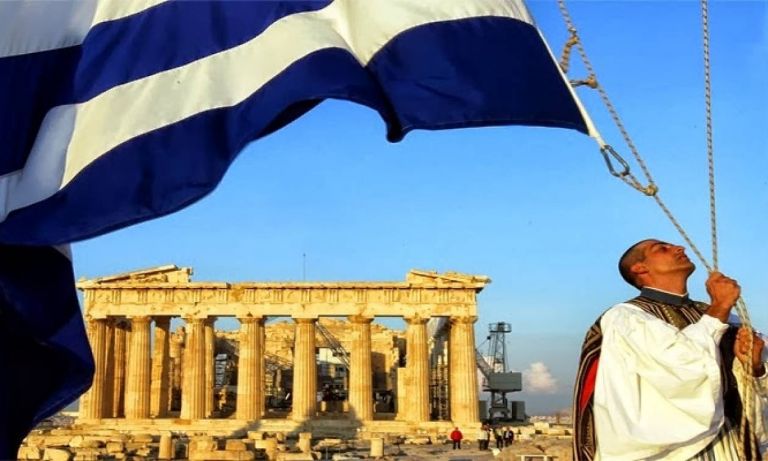 It is customary on a nation’s day of independence to hear warm and flattering words from friends and allies.

Such words formally acknowledge nations’ struggles and sacrifices while praising the contributions of peoples and countries to history and pledging eternal friendship and constant support.

The same thing happened with our celebration of the bicentennial of the start of the Greek Revolution against Ottoman rule.

There were countless enthusiastic and often moving messages from all over the world to congratulate the Greek nation on the 200th anniversary of its glorious rebirth.

As reserved as one may be regarding the wishes of people from abroad and allies, this anniversary went beyond the usual formal and trite niceties.

Without exaggeration or any national gloating, the most important foreign leaders outdid themselves in referring to Greece with glowing praise on the occasion of our Independence Day.

One may safely say that this anniversary left no one indifferent. On the contrary, it served as an opportunity for the reaffirmation of our international alliances and the acknowledgement our country’s position in the world in a direct and clear fashion.

US President Joe Biden’s message was warm and crystal clear. His pledge of heartfelt and closer, strategic relations was quite persuasive.

It was followed by his telephone conversation with Prime Minister Kyriakos Mitsotakis on the evening of 25 March, which signaled the supportive stance of the US president, all the more so because he has so far avoided speaking with Turkish President Recep Tayyip Erdogan.

Similarly, the effusive, somewhat moving presence of Prince Charles at Independence Day celebrations in Athens was not to be overlooked and was warmly regarded by the British media.

French President Emmanuel Macron, who was represented in Athens by his defence minister, Florence Parly, identified with Greece in a full-length interview with Greece’s state-run ERT television. He declared how much he has been influenced by the culture and spirit of classical Greece.

“Your freedom is ours as well,” he said.

Speaking in his capacity as an EU leader, he sent a strong message to all and sundry when he said that France will defend Greece in every way.

Τhe presence of the prime minister of Russia at the celebrations in Athens – he was the highest-ranking foreign leader to attend – given the relative chill in relations between the two countries is noteworthy.

The warmth and support expressed in a videotaped congratulatory message from Dutch Prime Minister Mark Rutte, given his normally reserved and uneffusive demeanour, made a positive impression.

Moreover, one cannot fail to mention that the message of the anniversary reached the entire world through embassies and diaspora Greek communities.

Hence, Greece’s bicentennial was an opportunity to highlight and trumpet in every direction through our alliances that Greece does not stand alone and that in maintains its historic ties and strong bonds internationally.

The event revealed the tremendous potential of Greece’s soft power. Naturally, that is not to say that alliances and good relations suffice. Yet, they are solid foundation for efforts to transcend and address any threats and national dangers that our country faces.

It will require arduous efforts on our part in the immediate future to reconstruct and strengthen Greece. We have the necessary tools and alliances.

What we need to do now is to transcend our usual national shortcomings so as to make Greece invulnerable, noticed, and prosperous.