On the new outbreak of 10 infections in the Roma settlement of Nea Smyrni, Larissa, authorities said they had collected 652 test samples, while contact tracing was continuing. 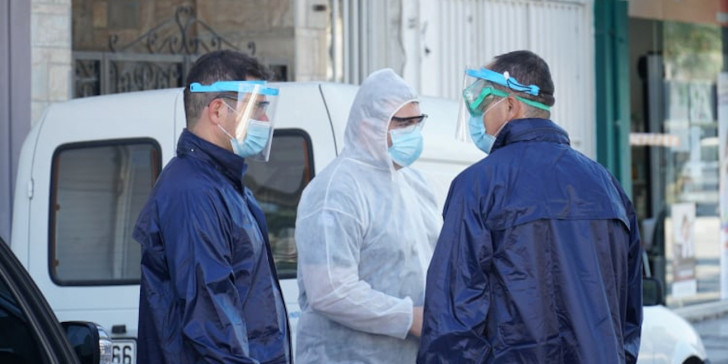 The Health Ministry on Wednesday reported 16 new confirmed Covid-19 cases, bringing the country’s total to 2,760. Of these, 610 are traced to travel abroad and 1,402 to known cases in Greece.

Of the 16 new cases, 10 are connected to group infections in the Larissa, central Greece area, the ministry said.

It also reported three new deaths, raising the death toll to 155, of whom 41 were women.

The average age of all the deceased was 75 years of age, while 93.5 percent had serious underlying health issues or were at least 70 years old.

Some 28 Covid-19 patients are being treated in Intensive Care Units while 88 patients have been discharged from ICUs.

The average age of all patients presently in ICUs is 71 years and 10 are women, while 96.4 percent of these suffer from serious underlying health issues or are aged 70 or older.

A total of 112,042 diagnostic tests for the novel coronavirus have so far been carried out nationwide.

The National Institute for Public Health (EODY) has sent 17 teams to the area to carry out mass testing and tracing.

A whole Roma family seven members of which became infected had all reportedly attended the same funeral at which social distancing was not enforced.

On the new outbreak of 10 infections in the Roma settlement of Nea Smyrni, Larissa, authorities said they had collected 652 test samples, while contact tracing was continuing.

According to media reports, the outbreak included seven members of just one family.

Contact tracing is also continuing on the island of Lesvos, where two recently arrived migrants were confirmed infected by the coronavirus.