The largely agreed part of the package is guarantees for the European Investment Bank to back up companies and a scheme for the EU to help subsidise wages across the bloc so that firms can cut work hours, not jobs. 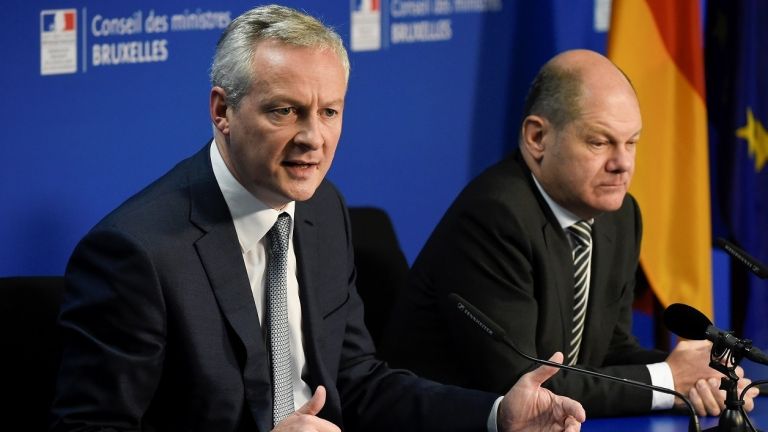 European Union governments piled pressure on the Netherlands on Thursday to unblock half-a-trillion euros of economic support to fight the coronavirus ahead of a meeting of finance ministers, with Italy saying the very future of the EU was at stake.

The 27-nation bloc is readying measures to help governments, companies and individuals survive the deep recession that the coronavirus pandemic is expected to cause in Europe this year.

But a 16-hour video call on the package from Tuesday afternoon had to be suspended until Thursday because the ministers got stuck on detail linked to a spilt in approach between the more frugal north and the more spendthrift south.

“If Europe fails to come up with a monetary and financial policy adequate for the biggest challenge since World War Two, not only Italians but European citizens will be deeply disappointed,” he said.

The package, which would bring the EU’s total fiscal response to the epidemic to 3.2 trillion euros – the biggest in the world – includes steps that can be taken now and plans to support a recovery later.

Both have controversial elements that expose deep divisions among EU countries in their approach to financial burden sharing in a crisis, bringing back bitter debates and mistrust from the sovereign debt crisis of 2010-2012.

The main problem for the ministers’ talks, starting at 1500 GMT, is the conditions under which euro zone governments should have access to cheap credit from the euro zone bailout fund, the European Stability Mechanism (ESM).

Italy is ready to accept very light conditions, saying the money, if drawn, should be spent on health-related issues now and that later the government should observe general EU budget rules that aim to make public finances sustainable.

The Netherlands, alone in its tough stance, wants stricter conditions, including country-specific economic criteria, that are politically unacceptable for Rome, because they would make it look as being under EU economic supervision, even though the pandemic is not Italy’s fault.

While officials said the differences were mainly over language, they were still keen on all ministers to sign up to the final report on the package that would be sent to leaders.

“We were not very far,” one euro zone official involved I the talks said. “The Netherlands will need to move a bit, otherwise it won’t work again. That will be critical. There are many calls going on, at all levels.”

In a rare example of open pressure on the Netherlands, a French official from the President Emmanuel Macron’s office called the Dutch position incomprehensible and German Economy Minister Peter Altmaier said France and Germany would push the talks forward on Thursday.

“It’s important that we take this decision today on the 500 billion euros that is in discussion – that’s an incredibly large sum of money that we could use to help a lot of people, especially in the hardest hit countries, Spain and Italy,” Altmaier told a radio interview.

“I have confidence that (German Finance Minister) Olaf Scholz, together with his colleague (French Finance Minister) Bruno Le Maire, can push this forward today and we are all working on that together,” he said.

The largely agreed part of the package is guarantees for the European Investment Bank to back up companies and a scheme for the EU to help subsidise wages across the bloc so that firms can cut work hours, not jobs.

But a plan to finance the recovery after the epidemic raises more questions, because France wants the money, which could be up to 3% of EU GDP, or more than 400 billion euros, to be borrowed jointly on the market by all EU governments.

This is a red line for Germany, the Netherlands, Finland and Austria which strongly oppose joint debt issuance, even in such an emergency as the coronavirus pandemic.

Officials said the ministers were likely to side-step the problem by noting the need for a recovery fund, on which there is consensus, and asking leaders to give guidance on how they want it to be financed so the ministers can work it out later.