Editorial: ‘Power reveals the mettle of a man’

The prime minister was judged for his leadership abilities and won the true respect of the majority of the citizenry when he was confronted with singular and unforeseen crises. 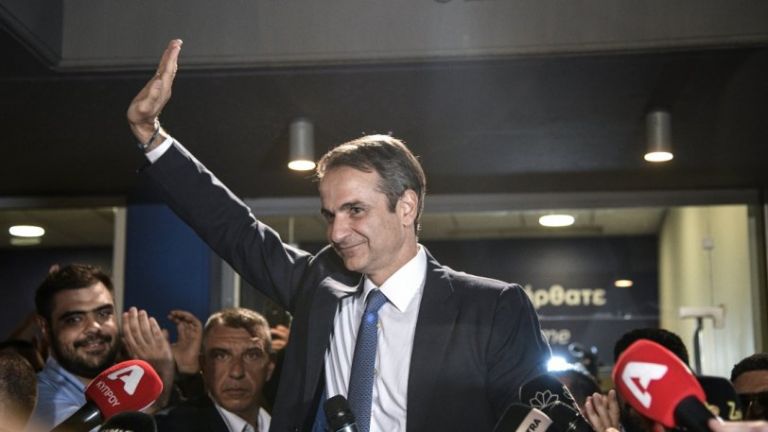 Ever since he won New Democracy’s leadership contest, many harboured reservations and suspicion of Prime Minister Kyriakos Mitsotakis.

Historical, political, and ideological syndromes led many to doubt him.

Many did not believe that the liberal and cosmopolitan scion of a powerful but controversial political family could shed his familial baggage and display his;L leadership qualities, gifts, and abilities to become undisputed and accepted by the majority.

In fact, he showed his mettle from the moment he was elected leader and took control of Greece’s conservative party.

He exhibited professionalism and worked tirelessly, methodically, and responsibly to restructure a party badly bruised by the economic crisis.

At the same time, without concealing his convictions and perception of things, he prepared his campaign in a systematic and organised manner and readied himself for the challenges of governance.

That preparation immediately became evident after he won the July, 2019, general election and assumed office.

The prime minister and his party had already hammered out a comprehensive policy programme.

Professionalism and organisation, however, did not suffice to dispel the lingering cloud of suspicion.

The prime minister was judged for his leadership abilities and won the true respect of the majority of the citizenry when he was confronted with singular and unforeseen crises.

In the crisis manufactured by Greece’s hostile neighgbour  at the Greek-Turkish border in Evros  he demonstrated unswerving decisiveness in guarding Greece’s borders and he boldly communicated to Greece’s partners and internationally that he will under no circumstances back down.

In managing the effects of the Coronavirus pandemic he positively impressed everyone with his clear judgment, the directness of his choices, and his swift reaction.

Mr. Mitsotakis did not hesitate for a moment in implementing and enforcing the necessary measures when he was informed of the dynamic global spread of the virus and of the breadth and intensity of the threat by Sotiris Tsiodras, a medical school professor specialising in infectious diseases who also heads the National Organisation for Public Helalth and advises the PM. He proceeded boldly with full knowledge of the economic consequences of the necessary public health measures.

He realised that as the country’s leader his paramount duty was to protect the health and life of Greek citizens and that all else was secondary.

He is said to have told his advisors that the health of the citizenry is above all else and that in order to safeguard it the billions of euros in losses resulting from a general lockdown was not of concern for him.

That is not a self-evident stance and choice. He could have wavered or have been misled by theories like herd immunity, which was adopted by (the otherwise liberal) cynical leaders of large and powerful states, but he was not.

Despite the fact that Greece has the best health system possible and lacks the equipment and necessary means to grapple with the disease he took clear decisions guided by the need to protect the ultimate social good that is public health.

He has remained firmly on that track despite the great sacrifices involved and the results show clearly that it is saving the country and its citizens.

Greece already enjoys respect internationally due to the way that it has managed the crisis caused by the pandemic and constitutes an example for most people on a planet that is being sorely tested.

Our ancient forebears said that “power reveals the mettle of a man”.

It appears that the prime minister has confirmed and honoured that aphorism.

He is earning the respect and trust of citizens due to his decisions and choices.

He has assumed a real risk as the burden of governance demands.

If he continues in the same manner he will have established a contemporary model of governance that confers honour on the country and its people.