‘It is so dishonest of Erdogan. We cannot let ourselves be blackmailed so any new money must not come too soon. But we will probably have to pay eventually. What else can we do?’ an EU diplomat told Reuters. 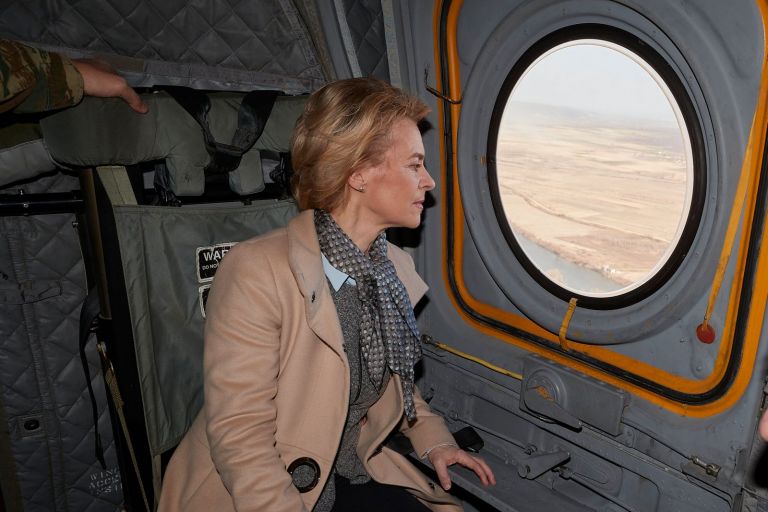 European Union ambassadors voiced outrage at a meeting this week over what they see as an attempt by Turkish President Tayyip Erdogan to “blackmail” the bloc by allowing migrants to mass at Greece’s border, diplomatic sources said.

Some envoys conceded, however, that Erdogan has the EU in a bind because its member states cannot agree how to deal with refugees and – to avoid a replay of the 2015/16 migration crisis – believe the bloc will have to cough up more money for Turkey to go on keeping a lid on arrivals in Europe.

“The EU is the target of blackmail,” one diplomat told Monday’s closed-door meeting in Brussels, details of which were relayed to Reuters by multiple diplomatic sources.

The EU has struggled to respond as thousands of migrants have arrived at Greece’s border from Turkey in recent days. Its ties with Ankara are already strained over security and human rights, as well as Turkish hydrocarbon drilling off Cyprus.

In 2015-2016 the chaotic arrival of more than a million people from the Middle East stretched the bloc’s security and welfare systems and fueled political support for far-right groups.

The EU sealed a deal with Turkey in March, 2016, under which Ankara stopped people on its soil from heading to Europe. In exchange, the bloc offered 6 billion euros in aid for the more than 3.5 million Syrian refugees Turkey is hosting.

But Erdogan has long complained that the money is slow to come and channeled through aid groups, not Turkey’s budget. After Russian-backed Syrian government forces killed Turkish soldiers in an air strike in Syria last week, Ankara signaled it would walk away from its pact with the EU altogether.

“You sleep with the devil, you wake up in hell – there is where we are now,” one ambassador said during the meeting.

Compounding the EU’s dilemma are internal divisions over how to distribute the burden of caring for refugees and migrants arriving in the 27-nation bloc.

One senior EU diplomat said the EU had squandered the time since the 2016 deal, brushing the problem under the carpet by paying for refugees and migrants to be kept in Turkey.

Representatives of the Netherlands, Italy, France and Germany were among those who proposed giving more funds to help refugees in Turkey in the hope of appeasing Erdogan. At the same time, “as much as it is logical for the EU to continue supporting Syrian refugees in Turkey, it is important not to create the impression of giving in to blackmail”, one of the diplomats said, according to the sources.

During a visit on Tuesday to a Turkish-Greek border crossing that thousands of migrants have been trying to breach, EU officials promised more cash to Greece to deal with the crisis.

Several diplomats warned of a repeat of the 2015/16 chaos, which brought more eurosceptic and anti-immigration politicians to the forefront in Europe, saw EU countries slap border controls in what is normally the bloc’s zone of free travel, and sowed bitter divisions between member states, damaging EU unity.

More money to Turkey but not under overt pressure

These feuds led the EU to eventually outsource migration management to Turkey, despite heavy criticism from rights groups that the scheme aggravates the suffering of already distressed people by leaving them in grim circumstances there.

Of the 6 billion euros promised, the EU’s executive European Commission said on Tuesday that 2.2 billion had already been disbursed and the rest was assigned to specific projects, meaning they should reach beneficiaries soon.

The EU has not yet discussed numbers for further funding and diplomats said any decision to step up financing could be deferred to the bloc’s leaders, due to meet in Brussels on March 26-27.

In the meantime, the EU may step up humanitarian aid to Syria’s northwestern region of Idlib, one of the last places held by Turkish-backed rebels facing off against Damascus.

It is also offering Ankara – a NATO ally of most EU members – words of support over the conflict in Syria and raising political pressure on Erdogan to honor the 2016 deal.

“It is so dishonest of Erdogan. We cannot let ourselves be blackmailed so any new money must not come too soon. But we will probably have to pay eventually. What else can we do?” a fourth diplomat told Reuters.