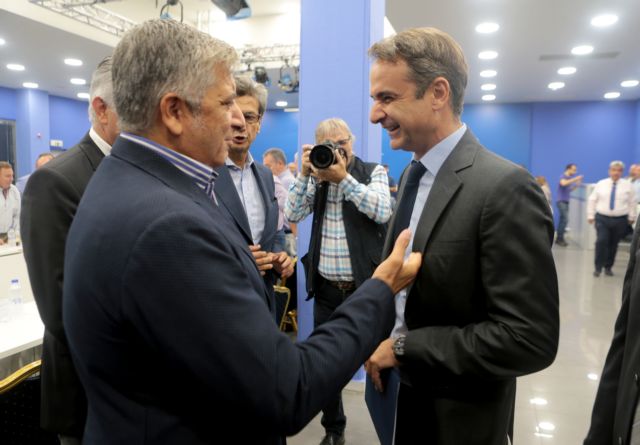 It has become a tradition that at the annual September opening of the Thessaloniki International Fair (TIF) Prime Ministers address business leaders and social partners and there are great expectations of handouts.

The entire cabinet attends and the fair essentially marks the beginning of the political year as speakers lay out the government’s programme.

Similar expectations of handouts and tax breaks are already being cultivated ahead of PM Kyriakos Mitsotakis’ major address next weekend.

Though the PM is keeping his cards close to the vest it appears that his speech will focus on growth and not on handouts.

That is to be expected as during its first two months in power the government has announced a series of measures that leave no room for imprudent policies.

Moreover, since Mr. Mitsotakis has declared that he intends to meet creditors’ demand (to which Greece has signed on) for a 3.5 percent primary surplus over the next two years the fiscal space is exceptionally narrow.

Given the reduction in the ENFIA real estate tax (which cost the state 500mn euros) and the handouts of the previous government the fiscal space is very restricted.

What is paramount now is to exploit the new political environment so as to give a strong impetus to the economy.
Hence, the focus of the PM’s speech at TIF will be his government’s economic development bill with a host of provisions that are favourable for investors and the cutting of bureaucratic red tape.

That is the aim of the tax breaks that have been announced and will be passed into law.

The gradual revival of the construction industry through tax-breaks, tax suspensions, and a lowering of tax brackets for businesses aim at spurring growth and offering relief to taxpayers.

The challenge for the new government, however, is to bring about a strong investment shock that can create new jobs and increase revenues so that substantial tax cuts can become feasible.