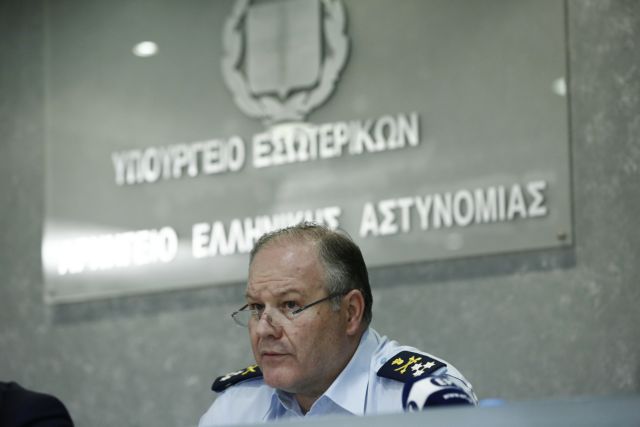 PM Kyriakos Mitsotakis as main opposition leader had demanded that the police chief be sacked at the time.

The appointment of former Greek Police chief Konstantinos Tsouvalas to the crucial post of general secretary of the Citizen’s Protection Ministry has caused a political maelstrom as he was in charge of police’s botched management of the deadly July, 2018 Mati wildfire that claimed over 100 lives.

The appointment is particularly perplexing if one recalls that Prime Minister Kyriakos Mitsotakis as main opposition leader at the time had demanded Tsouvalas’ resignation as police chief.

During the crisis, the handling of the situation by Greek Police made matters worse as policemen were telling drivers to leave from Marathonos Avenue and to head to Mati, essentially sending them into a death trap.

Many cars were entrapped in the small roads of Mati and some were burnt alive.

Despite the clearly botched handling Tsouvalas had told a news conference that everything was done well. He congratulated his officers and indeed said he was proud of the operational plan that was implemented.

He initially had refused to resign.

Tsouvalas on the night of the fire was also at the disastrous televised meeting chaired by PM Alexis Tsipras when no one revealed that there were already many dead in Mati.

At the time, New Democracy described that meeting as a “pitiful [theatrical] performance by the government unfortunately with the participation of top brass”.

ND cadres who for the past year have been hammering (over their handling of the Mati disaster) former PM Alexis Tsipras, former Attica prefect Rena Dourou, and the former chiefs of Greek Police and the Fire Service, are for the time remaining silent

Eight days after the Mati disaster – on 31, July, 2018 – Mitsotakis was demanding that heads roll.

“When one assumes a position one must assume the political responsibility.  I really wonder how certain people can sleep [at night] and how they continue carrying out their duties.”