The PM may now purport to be the protector of the judiciary, but everyone knows that he and his party had invested politically in the Novartis scandal. 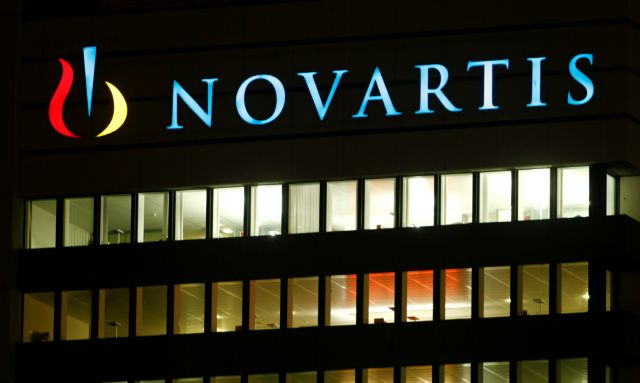 FILE PHOTO: The logo of Swiss drugmaker Novartis is seen at its headquarters in Basel, Jan. 25, 2017. REUTERS/Arnd Wiegmann/File Photo
Share

All that has been revealed in recent days through the public statements, letters, and interventions of judicial functionaries confirm in the worst manner that the charges and allegations in the notorious Novartis scandal were plotted and organised to target specific political opponents of the government and not to get to the bottom of the scandal.

The probe of “the biggest scandal since the establishment of the Greek state” as the alternate justice minister called it now appears to have been – according to specific allegations – the result of machinations designed to charge a series of politicians (including two former PMs) that the government felt should be ostracised from the political stage.

One sees confirmation of what the entire opposition was loudly charging – that the judiciary has been used as a tool to advance ulterior political  motives.

Mr. Tsipras in his televised interview yesterday attempted to shirk responsibility by saying, “I cannot but concede that there were great delays in the investigation which raise questions about the immunity of some and the captivity of others who are not responsible.”

Nevertheless, charges unleashed by a former top-level prosecutor that was appointed during the Tsipras administration have resounded nationwide.

This is all the more true when there are direct allegations that a government minister and the Supreme Court Prosecutor “had decided a priori to file charges willy-nilly and with fast-track procedures”, that the court file was improperly split up, and that a series of actions violated criminal procedure.

Moreover, one is confronted with protected witnesses who testified in instalments and made charges without offering evidence.

The PM may now purport to be the protector of the judiciary, but everyone knows that he and his party had invested politically in the Novartis scandal.

We all remember the shrieks and charges in Parliament and the pronouncements of Alternate Health Minister Pavlos Polakis and various other ministers and underlings.

Now that the scandal has boomeranged, they are all either keeping silent or blaming the delays in the judicial process.

Now that the storm-winds of Aeolus have been unleashed, the whole truth must come to light as soon as possible.

Blame must be assigned to those responsible. The political captivity of those who were targeted must end.

Above all, the authority and prestige of the judiciary must be protected.

There is no room for games and dark machinations any longer.