The government spokesman lambasted main opposition ND arguing that its stance is a ‘monument of political amorality and audacity’, as ND had taken no measures to protect debtors’ primary residence. 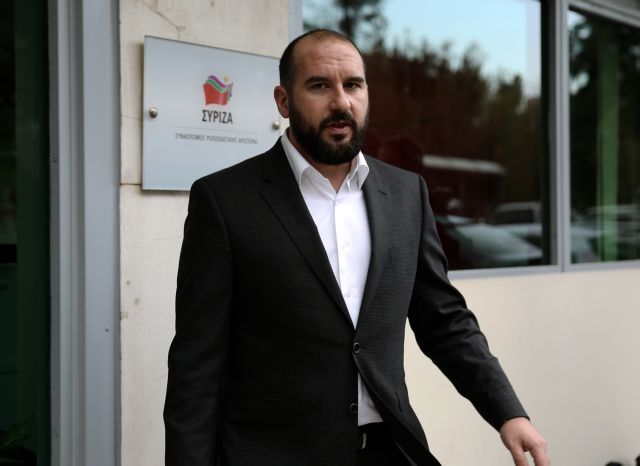 Following strong disagreements with creditors over the level of protection from foreclosure of debtors’ primary residence, government spokesman Dimitris Tzanakopoulos outlined the elements of the bill finally tabled by the government in Parliament on 26 March.

He said the draft legislation will come to a vote within the week.

“We believe there is no problem in our relations with them [creditors],” Tzanakopoulos said at a press briefing today.

He said the arrangement meets the government’s dual aim of protecting from foreclosure lower income families’ residences and achieving the swiftest possible resolution of the non-performing loans in banks’ portfolios.

According to the spokesman, the new institutional framework for the first time protects not only vulnerable debtors with a home loan, but also freelance professionals who have received business loans, and it will offer instalment subsidies for debtors who qualify to participate in the programme.

Tzanakopoulos lambasted main opposition New Democracy arguing that given the ensured protection its stance is a “monument of political amorality and audacity”, as ND had taken no measures to protect debtors’ primary residence”  before SYRIZA came to power in January, 2015.

He said that this lack of protection was a strategic choice of both New Democracy and Pasok because “in the world of corrupt vested interests which they defend, the weak and vulnerable are not entitled to protection. On the contrary, they believe that protection involves only the powerful, villas,  and vacation homes with swimming pools which through tailor-made legal provisions  were perpetually protected, and there are many such examples,” Tzanakopoulos declared.

Regarding the criteria for admission to the protection programme, the spokesman said that every individual regardless of professional status can register on the related electronic platform.

He said that the core of the government’s arrangement with Greek banks which creditors had rejected has been retained.

“The protection covers primary residences with a tax valuation of up to 250,000 euros for home loans, loans for repairs, consumer loans as well as credit card debt.

It also covers business loans that were issued with a lien on the borrower’s primary residence, with a tax valuation of up to 175,000 euros.