The government of Mr Tsipras wanted To Vima and Ta Nea as propaganda tools in its hands, the booty and symbol of occupation of the broader democratic part of the political spectrum. 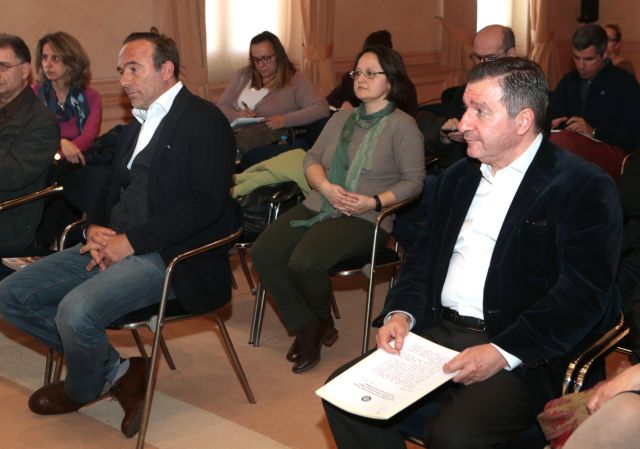 The newspaper you are holding in your hands was first published in February, 1922, a few months prior to the Asia Minor Catastrophe, by a narrow circle of intellectuals supporting statesman Eleftherios Venizelos with a view to contributing to the rebirth of the nation and the post-war reconstruction of the country.

It was the initiative of strong urban bourgeois personalities who saw what was coming and hastened to create a beacon based on ideas and concepts that could transmit to the country the unalloyed and unfulfilled principles and values of urban democratic modernisation.

Eleftheron Vima and its successor To Vima was ever since it was established at the centre of political tensions and clashes and confronted persecution, diversionary tactics, attempts at censorship and attacks from reactionaries.
In the near century it has been published, it was opposed by kings, prime ministers, those revolting and other self-interested exploiters, economic and otherwise, who could not endure the newspaper’s principles and its checks on power.

It went through a lot at times and finally survived and monitored earth-shattering crises and ruptures and unprecedented events over many decades.

Despite much adversity, it did not shift and remained faithful to the principles and values of the great democratic urban liberal party which were conceived of and promoted by the founder of contemporary Greece – Eleftherios Venizelos.

During the last years of the great economic crisis it was tried and tested and sought after by political and business interests.

The government of Mr Tsipras wanted To Vima and Ta Nea as propaganda tools in its hands, the booty and symbol of occupation of the broader democratic part of the political spectrum. Those in power and especially the PM fought tooth and nail to occupy our newspapers.

It did not work because the plethora of journalists and thinkers who write for them refused to be manipulated and become part of a Stalinist propaganda scheme.

Those in power never reconciled with their failure. They insisted even after the awarding of the tender and Evangelos Marinakis’ purchase of the newspapers.

This time the pressure was shifted to our publisher and when he did not capitulate the war started with slander and manufactured charges, supposedly in the anti-corruption battle against the interests that they are supposedly fighting.

Nothing is hidden under the sun.Time will tell whether battlers against corruption were creating their own network of vested interests, in line with the worst examples of corrupt, state-funded dealings in the post-junta era.

Those familiar with the PM’s office say they have never seen such a crowded list of businessmen who want to see the PM – Sokratis Kokkalis, Dimitris Melissanidis, Ivan Savvidis, Christos Kalogritsas, Lavrentis Lavrentiadis and others who do not have the best reputation.

Most interlocutors of the left-wing supposedly anti-corruption government are people who prospered in or near the state, businessmen who tasted the flavour of politics and who faced when they tried to exit the country fines and charges of a lack of transparency and shenanigans at the expense of shareholders.

It recently became known that the PM will place on SYRIZA’s European Parliament ticket the son of businessman Sokratis Kokkalis, to confirm his battle against corruption. Last Sunday our editorial stated that these giants of morality unabashedly and retroactively wrote off millions of euros in taxes on the real estate of the Onassis Foundation of the Papadimitriou couple.

“You are not entitled to speak,” as Andreas Papandreou’s top advisor Menios Koutsogiorgas once famously remarked.

You are supporting and being backed unfortunately by the zealots of vested interests.

All the rest is fairy tales and sleeping pills for the suffering people. They no longer persuade. Now everyone knows their friends and associates.