SKAI, Kathimerini owner Yannis Alafouzos issued a statement yesterday in which he asserted that the government bears moral responsibility for the bomb attack on his media. 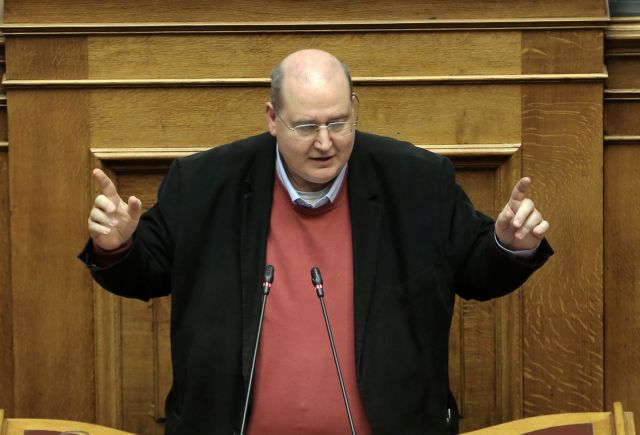 One day after the strong bomb blast at the offices of SKAI television and radio and the daily Kathimerini, on the same premises, former education minister Nikos Filis expressed his solidarity with the journalists at those media outlets and called on the government to lift its embargo on SKAI and on New Democracy to lift its embargo on ERT state television.

In a move that had no precedent before SYRIZA came to power, the ruling party forbade its ministers, MPs, and cadres from appearing on SKAI television because the station allegedly produces fake news and maligns the government.

Similarly, main opposition New Democracy has banned  its MPs and cadres from appearing on ERT, because ND considers the broadcast station as a government mouthpiece that has not treated it impartially.

A former editor-in-chief of the SYRIZA-linked daily Avgi, Filis said he fully backs the message of the headline of Kathimerini’s front-page story: “We respond to violence with our work”.

Filis also espoused the views of Kathimerini commentator Pantelis Boukalas, who described the terrorists as “Nechayevs in their own minds”, a reference to the 19th century Russian revolutionary and nihilist.

“As a journalist, I want to extol today’s response of my colleagues at Kathimerini, with the emblematic front-page photo [of all of the newspaper’s journalists seated and smiling] and their message: “We respond to violence with our work,” Filis said.

“I want to ask my own party as well as New Democracy to lift their embargoes on SKAI and ERT,’” Filis declared.

Not all SYRIZA MPs share Filis’ view. On the evening of the attack Labour Minister Effie Achtsioglou said that SYRIZA should not lift the ban on its cadres appearing on SKAI, because that would signal that the government is succumbing to pressures from terrorists.

“I add my voice to the universal condemnation and denunciation of the terrorist attack on SKAI. I extol the response of Kathimerini’s journalists. I am troubled by the response of Mr.[Yannis] Alafouzos, but I do not want to add sharp rhetoric to miserable behaviour and slander,” Filis said.

Alafouzos issued a statement yesterday in which he asserted that the government bears moral responsibility for the attack, triggering a war of words with SYRIZA.

“At SKAI we always believed in freedom of expression and pluralism. Indeed, we believe it is the duty of any government to defend that pluralism and freedom. Unfortunately, since 2014 SYRIZA and the Independent Greeks launched an incredible mudslinging campaign against SKAI, as well as an operation to disseminate fake news against us. Consequently, I believe that the SYRIZA-Independent Greeks government is the moral the mastermind of this attack,” the statement read.

“The bomb attack on SKAI television is a criminal act that was condemned unequivocally by the government and SYRIZA in every possible way. It seems, however, that Mr. Alafouzos seized the opportunity of the attack to intensify what for the last three years the media that he owns have been engaging in – slandering that exceeds the boundaries of wretchedness. With the idiocy of his pal [ND MP Adonis] Georgiadis’ and of [journalist] Aris Portosalte’s statements regarding the government’s moral responsibility, which are repeated by Mr. Alafouzos, he confirms the rightness of our decision to leave the miserable propagandists without the presence  of the representatives of the “moral masterminds of terrorism” on their news programmes.”