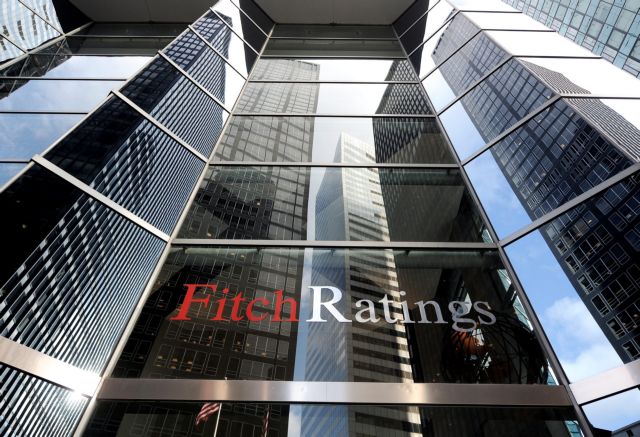 The Fitch credit rating agency has upgraded the long-term IDR’s of Alpha Bank and the National Bank of Greece to CCC+ from RD, and of Eurobank and Piraeus Bank BOPr.AT to CCC from RD.

Fitch also upgraded the short-term IDRs of all four systemic banks, to C from RD.

Fitch said that the upgrading came after the lifting of bank withdrawal limits and of legal limitations on the movement of capital in the country as of 1 October. It noted that the third stage of lifting capital controls, the complete elimination of capital controls outside of Greece, may occur very soon.

The credit rating agency said that in order to proceed with a new upgrading, there must be a substantial lowering of banks’ exposure to Non-Performing Loans (NPRs) and of capital costs, as well as a continued improvement of their funding, including an increase in deposits and the establishment of access to markets.

The creation of an Asset Protection Scheme, which is reportedly being planned for Greek banks, and which will provide security for risky loans in the banking sector, and will somehow eliminate the dilution of Greek bank shares, if it does not require losses for private sector investors, Fitch said. On the other hand, such a development would shift the dangers from the banks to the state.

Any depletion of the Greek regulatory framework for funding, or a solution that entails state funding over the coming years, could possibly trigger new concerns about Greece’s fiscal position.

Although Fitch projects that Greece will meet its primary surplus target of 3.5 percent for both 2018 and 2019, saving the banks could increase risks.