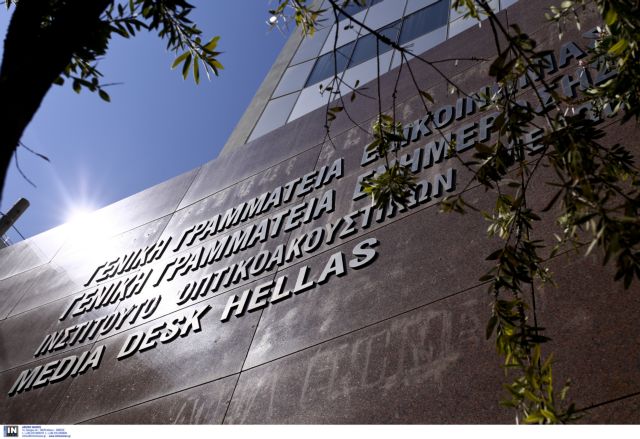 Following the marathon auction of the four television broadcasting licenses, State Minister Nikos Pappas was the first to express his satisfaction with the outcome.

The President of Parliament Nikos Voutsis commented that completing the tender was a ‘vindication’ for everyone who fought the political battle to bring lawfulness to the television landscape, while generating revenue for the State.

Mr. Voutsis added that in the first bailout program, Greece’s creditors had estimated that 200 to 300 million euros could be generated from television licenses, however none of the previous government went through with the process.

According to the President of Parliament, the success of the tender ‘fully refutes’ the arguments on ‘paying ransom’, since the media businesses did not pay anything as they were protected.

The River issued a statement shortly after the auction concluding, slamming the government over the ‘televised lottery’. The opposition party claims that its proposals, for at least twice as many licenses, would have resulted in greater revenue, competition and pluralism, among others.

The opposition party also disputed the government claim that the tender will help bring lawfulness to the media by enforcing European legislation.

In an interview on ERT, the president of the Union of Centrists Vasilis Leventis commented that while he agrees with the effort to bring transparency to the media, he disagrees with the government’s plans. Furthermore he stated that educational institutions, cultural organizations and the church should have been allowed to participate in the tender and concluded that ERT must act as a pole between public and private television.

The Communist Party accused the government of attempting to create a favorable television landscape and argued that the new channels to emerge will not secure the people’s right to information and entertainment or worker rights. KKE also disputed the government rhetoric on protecting the public interest, objectivity and pluralism in the media.

In its statement PASOK claimed that the television license tender will result in an oligopoly in the media, while underlining that this will have negative impact on the quality and pluralism of information and Democracy. PASOK was also critical of the prospect of four current channels shutting down, as they failed to win a license.

The main opposition party New Democracy responded via its spokesperson Giorgos Koumoutsakos that the National Council for Radio and Television (ESR) must play a central role in the new television landscape. Mr. Koumoutsakos was also highly critical of the limited number of licenses that were auctioned and claimed that an oligopoly is being created in the media.