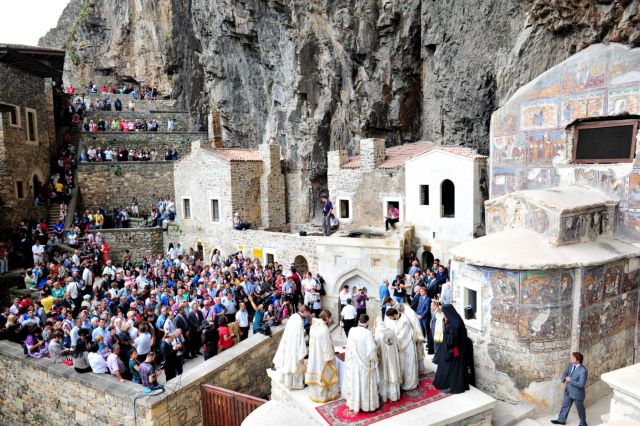 The Panagia Sumela Monastery has been banned from carrying a service for the Assumption of the Virgin this year. Officially Turkish authorities have cited conservation works on the monastery as the reason for the ban.

New Democracy MP Dora Bakoyanni expressed her disappointment in the development and urged the Turkish government to carry out the necessary restoration works, so that the service may be carried out next year.

Sources from the Patriarchate cited on Dogma.gr have disputed this claim as a pretext and have expressed fears that the monastery will not be allowed to operate again in the future.

Turkish authorities allowed the monastery to operate in June 2010 after 88 years, in an effort to improve religious freedoms and boost the local economy. The monastery, which was founded in 386AD, has particular significance to Pontic Greeks and Eastern Orthodox Christians.