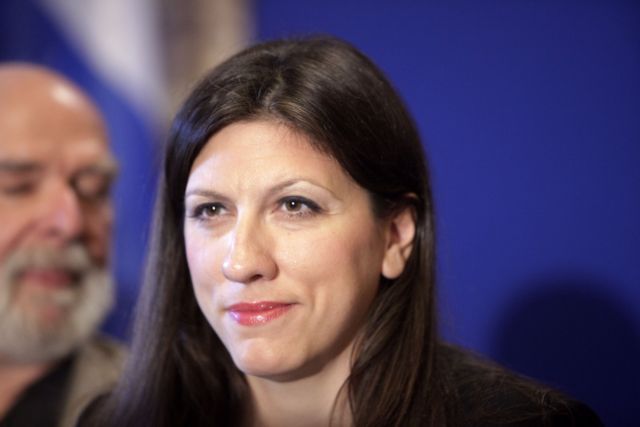 The head of the Course of Freedom Zoi Konstantopoulou has slammed the coalition government for attempting to cover up criminal liabilities of “political friends” via the offshore ban.

In an interview on Skai, the former President of Parliament accused Prime Minister Tsipras of following the same tactics as his predecessor Antonis Samaras. According to Mrs. Konstantopoulou, despite being cancelled, the recent amendment has provided enough cover for ministers and MPs with offshores.

Later on she expressed her disappointment in how SYRIZA has developed and underlined that there was no room for cooperation with her former party. She further elaborated that her party’s goal is to overturn the bailouts, not revive older politicians.

She further explained that her party aims to have a unifying effect and welcomed support from those who are struggling against authoritarianism and praised the Popular Union for “standing on their legs”.

Asked about the polls, which indicate that her party would not make it in Parliament if elections were called, Mrs. Konstantopoulou argued that public opinion is not reflected in opinion polls and claimed that society will support her party.